Can Trump Challenge The Election Results In Court? Here’s What’s Going On 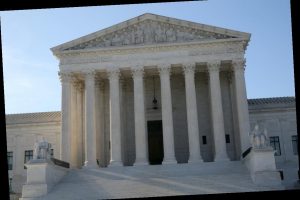 Since the earliest days of American democracy, mail-in ballots have been a critical part of every presidential race. There’s nothing unusual about results being uncertain by the end of Election Day, and there are typically thousands of mail-in ballots that must be processed after voting deadlines have passed. But as several key states continue counting mail-in ballots, and President Donald Trump complains about the results, many worried Americans are asking: Can Trump challenge the election results in court?

Since Wednesday, Nov. 4, the Trump campaign has filed lawsuits in five battleground states — Pennsylvania, Michigan, Arizona, Nevada, and Georgia — where he slipped behind Democratic President-elect Joe Biden. During an evening White House news conference on Nov. 5, the president delivered a torrent of unfounded claims about how Democrats were supposedly trying to "steal the election" through fraud.

However, experts state the majority of the Trump administrations lawsuits and claims are unfounded. "These suits have been brought without evidence," Mark A. Peterson, Ph.D, a professor of public policy and political science at UCLA, tells Elite Daily. He sees these legal proceedings as a last-ditch effort to save face. "Donald Trump as an individual just cannot accept loss, and no one around him wants to take on the force of his personality, internal hurts, and capacity to lash out," he adds.

"None of the Trump campaign lawsuits are likely to change the fact that he lost the 2020 presidential election," agrees Ciara Torres-Spelliscy, A.D., J.D., a professor of law at Stetson University. "The only claim that seems to have any merit," she says, "[is] the rights to recounts in states like Georgia if the totals are within one half of one percent." Officials in Georgia are currently recounting their votes by hand, although it’s not expected to ultimately change the results, which lean in favor of Democrat Joe Biden.

"The impact of this litigation is to sow doubt in the minds of the electorate about the legitimacy of Biden’s win and his presidency," Torres-Spelliscy says. "None of [those claims] are true. [Trump] is living in a fantasy land — but it is a fantasy that can do long-term damage to Americans’ trust in the democratic process."

In the myriad state lawsuits, judges have largely seemed to agree with the lack of evidence part. In Georgia, Judge James F. Bass dismissed the Trump administration’s lawsuit, which alleged "illegal" late ballots were mixed in with legitimate ballots. "The court finds that there is no evidence that the ballots referenced in the petition were received after 7:00 p.m. on [Election Day], thereby making those ballots invalid," the Georgia judge wrote.

In Michigan, the president’s legal team filed a request on Nov. 4 to delay the state’s certification of election results due to an alleged — and unfounded — claim of lack of transparency in the vote-counting process. Judge Timothy Kenny and Judge Cynthia Stephens both denied separate requests from the Trump campaign to stop the vote count. "On this factual record, I have no basis to find that there’s a substantial likelihood of success on the merits as relates to this defendant," Stephens wrote in her Nov. 5 statement. "Nor am I convinced that there is a clear legal duty on behalf of anyone who is properly before this court to manage this issue," she added.

In Arizona, a baseless online rumor alleged that voters had their ballots falsely rejected because they filled them out with Sharpies. Although the rumor was debunked by the Department of Homeland Security, it still led to a lawsuit from Trump’s legal team. Instead of wanting to "stop the count," like in Michigan and Georgia, the Trump campaign wanted the state to keep counting ballots, as the president was on a slow upward trajectory in Maricopa County. While this lawsuit was dropped, Trump’s legal team filed a separate suit alleging the incorrect rejection of other ballots in the state. Katie Hobbs, the Democratic Secretary of State in Arizona, said "the claims are baseless" in a Nov. 7 local 12News interview. "Folks are grasping at straws," she added.

In Nevada, where Biden won by a thin margin, according to CNN, the state’s Republican Party alleged without evidence that "irregularities have plagued the election" in Clark County. To remedy these claimed irregularities, they argued the county shouldn’t use a machine to verify signatures, and instead verify them by hand. If enacted, this move would effectively serve to all but halt the processing of mail-in ballots. Federal Judge Andrew Gordon was quick to reject Republicans’ request, saying in a Nov. 6 statement there was "little to no evidence that the machine is not doing what it’s supposed to do and incorrectly verifying other signatures." Additionally, the Nevada Supreme Court rejected an emergency request from the Trump campaign to limit the processing of mail-in ballots in Clark County.

Pennsylvania was perhaps the most critical state to a winning 2020 election for the president, but on Nov. 7, CNN called the race there for Biden, propelling him over the 270 electoral vote threshold of victory. In response, the Trump campaign filed lawsuits alleging that Republican election observers were not granted sufficient access to watch vote tabulation in certain counties. Although an appellate ruling allowed Republican campaign observers to keep watch over election workers processing mail-in ballots, this ruling did not stop the count from proceeding as usual. 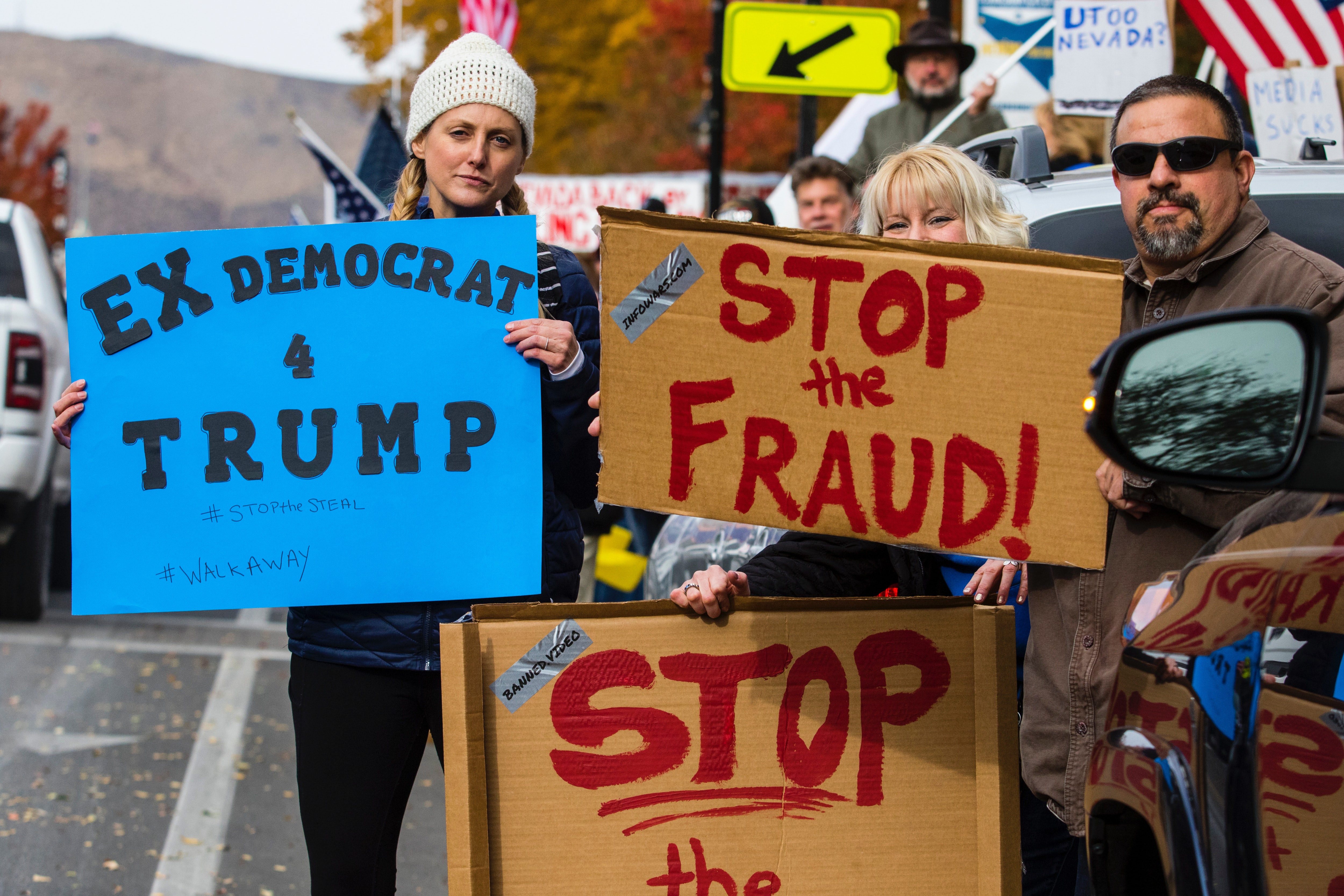 In a Nov. 9 press conference, the Trump administration issued a new legal suit requesting "an emergency order prohibiting Defendants from certifying the results of the General Election." It alleges Pennsylvania’s illegal implementation of a “two-tiered” partisan voting system against Republicans, where voters were held to different standards depending on whether they chose to vote by mail or in-person. As of Nov. 12, the lawsuit is still pending in the state, although many legal experts note it is unlikely to yield any significant results.

According to Peterson, "The [Trump] campaign is using this simulated controversy to raise money to pay off debts and finance the Republican National Committee. As long as the election ‘hangs in the balance,’ the money for these other purposes keeps flowing in." Peterson also notes how this controversy will keep Georgia Trump supporters fired up for the high-stakes Senate runoff elections, scheduled to take place on Jan. 5, 2021. "The Senate majority still hangs in the balance, with the two run-offs in Georgia scheduled for January," Peterson tells Elite Daily. "The GOP needs the conservative base in Georgia to remain highly agitated and energized," he adds.

As the right-wing controversy rages on, the rest of the country is ready for Inauguration Day on Jan. 20, when President-elect Biden is scheduled to be sworn into office. Still, with the high-stakes Senate seats up for grabs in Georgia, Democrats have much work to do before they can secure a majority in the upper chamber of Congress — and a stable footing within the White House.

END_OF_DOCUMENT_TOKEN_TO_BE_REPLACED

END_OF_DOCUMENT_TOKEN_TO_BE_REPLACED
We and our partners use cookies on this site to improve our service, perform analytics, personalize advertising, measure advertising performance, and remember website preferences.Ok