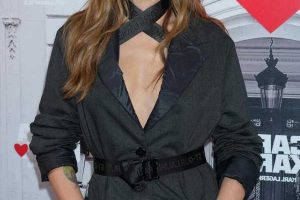 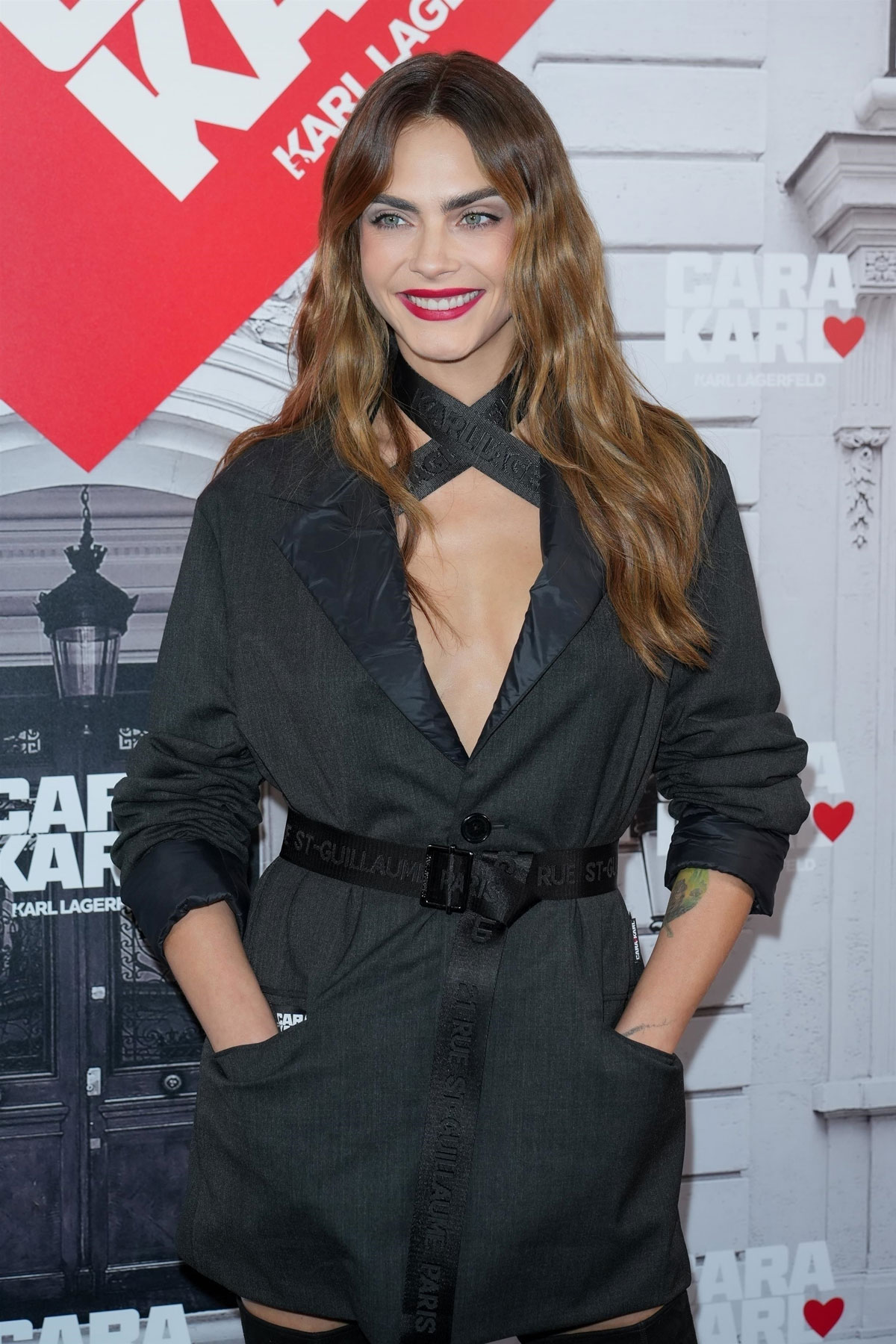 Cara Delevingne popped up at Paris Fashion Week this week, to celebrate her Cara Loves Karl capsule clothing collection. The capsule collection is in honor of the late Karl Lagerfeld. She’d been working on it for a couple of years and Karl passed away in 2019. Apparently, Cara was meant to attend a New York Fashion Week event earlier this month celebrating the same collection, but missed it. She did turn up at the Paris event, looking good in some of the collection’s clothes.

After missing a New York Fashion Week event earlier this month celebrating her collection with late designer Karl Lagerfeld, Delevingne, 30, was on hand at the Paris Fashion Week party for Cara Loves Karl on Tuesday.

To mark the occasion, Delevingne wore a sultry oversized tuxedo jacket with a web belt around her neck that features Lagerfeld’s name as well as a matching belt around her waist. The model completed her look with thigh-high black boots.

Early Tuesday, Delevingne sported another Cara x Karl look in a carousel she shared on Instagram. That look included a sleek black blazer with matching pants and classic pointed-toe pumps. She went without a blouse underneath her blazer, showing off its plunging neckline.

“Cara❤️karl,” she wrote alongside the set of photos.

Delevingne announced the collection last month. She told Vogue at the time that she didn’t want the pieces to be limited by gender norms.

“I’ve never understood how we can define clothing with a gender,” she said. “It was important to me that the collection not be just unisex, but genderless.”

“We’ve been working on this collaboration for a couple of years,” Delevingne added. “I truly believe [Karl] would be really proud of what we have created and how we have created it — without defining who should wear the pieces, allowing the person to dictate what the fashion really becomes.”

She also opened up about her special bond with Lagerfeld, who died in February 2019, during an interview with Grazia USA and recalled meeting Lagerfeld at a Chanel show.

“The first time I met him, I was immediately blown away by his kindness and generosity,” said the Only Murders in the Building actress, who was 20 at the time. “Karl really taught me the importance of embracing your weirdness. He was uniquely himself and didn’t care what anyone else thought. I try to live with that attitude every day.”

Cara is not my favorite. I think I’ve definitely made that clear in my Only Murders in the Building coverage. But it’s good to see her at an event and looking well. Other recent coverage of her, spanning from those odd Megan Thee Stallion photos until very recent pap photos of her out and about in LA and at airports, had shown Cara looking like she was going through a tough time and friends and family were said to be concerned. Missing her NY event for this collection seemed like it was more of the same, but I’m sure people were relieved to see her turn up in Paris looking good. Hopefully she’s getting through whatever was going on with her, with the support of family and friends. Turning up at an event for something that’s important to her is a good sign, and the collection has a very positive message of inclusivity that Cara talked up to the press. 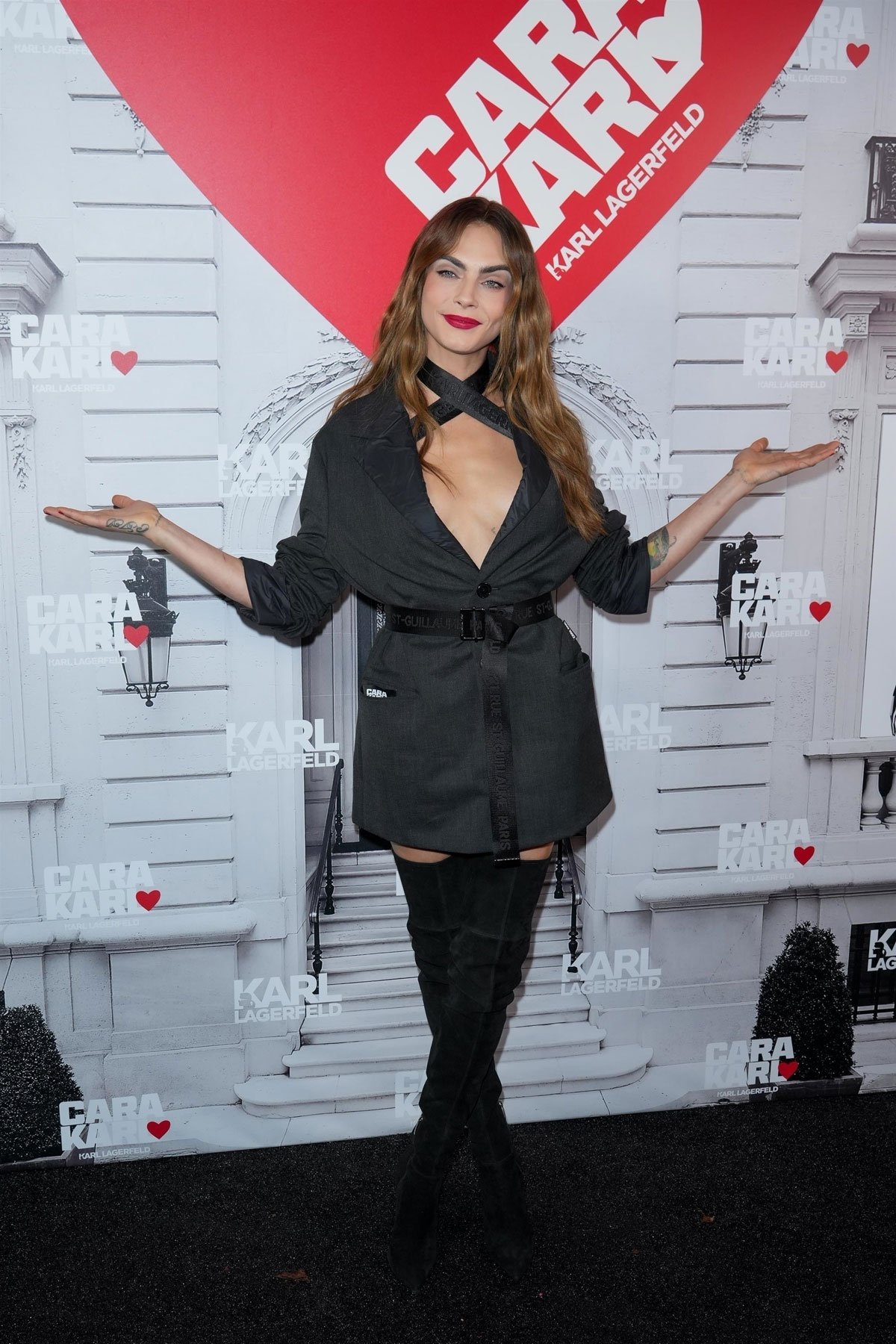