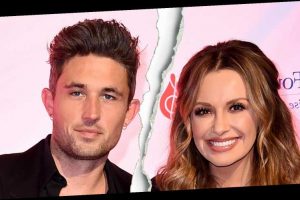 Playing the heartbreak blues. Carly Pearce and husband Michael Ray have called it quits after less than a year of marriage.

Eight months after tying the knot, Pearce, 30, filed for divorce from her fellow musician, Ray, 32, on Friday, June 19, Us Weekly confirms.

Both Pearce and Ray were last seen in public together earlier this month when they performed separately at the Grand Ole Opry on June 6. Pearce sang alongside Lee Brice for their duet, “I Hope You’re Happy Now,” while Ray played his song “Think a Little Less.” 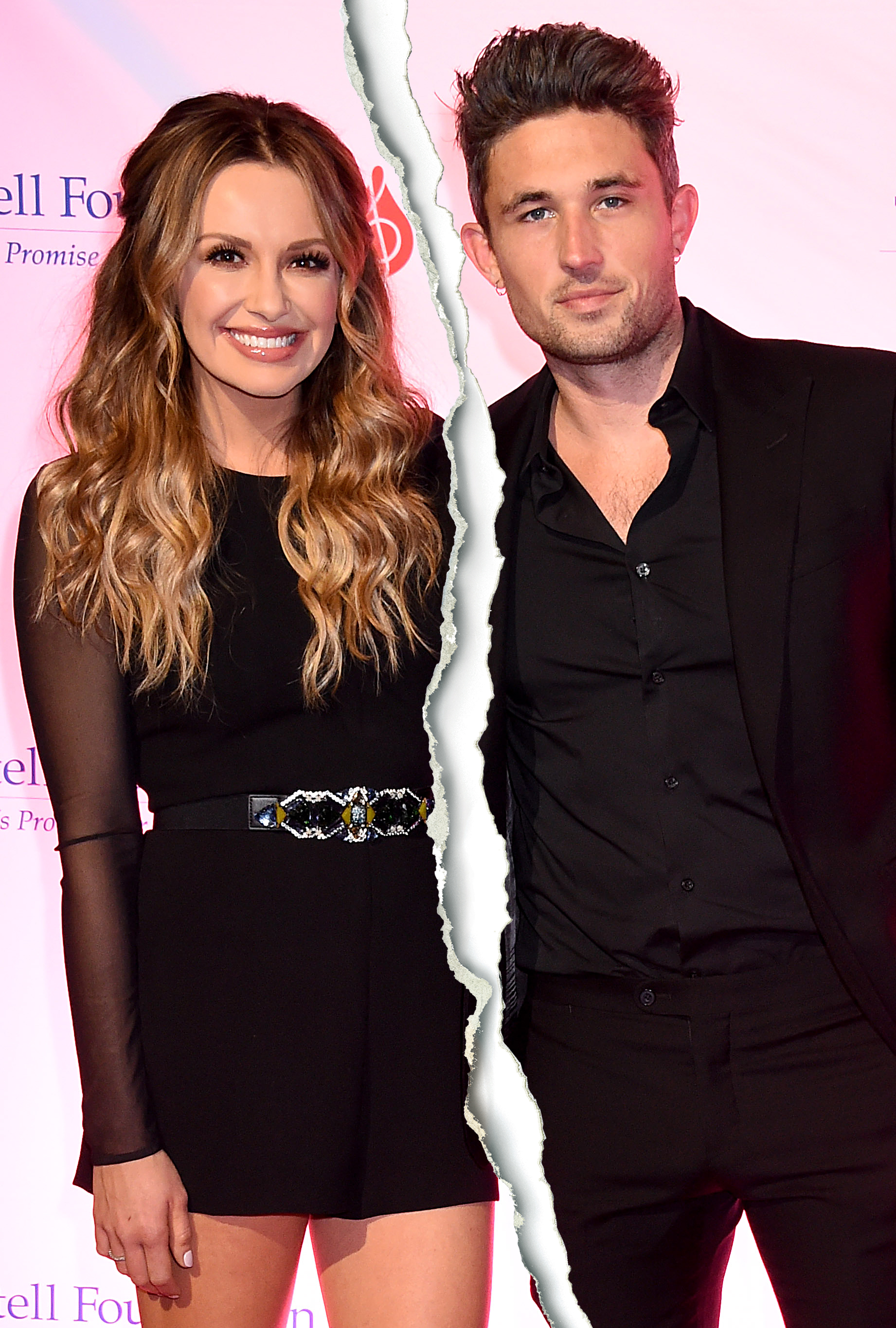 Ahead of their Grand Ole Opry appearances, the pair were noticeably absent from one another’s social media accounts for the two months leading up their breakup. The pair did, however, post birthday tributes to each other in April.

“Happy Birthday to this guy, who also happens to be celebrating a Top 20 single this week (PROUD)!” the “Hide the Wine” singer wrote via Instagram on April 29 to celebrate her man’s day. “What a crazy time, but I’m thankful to have you to go through it with. I hope this year is your best yet and brings you happiness, fun & enjoyment in life. Love you ♥️🎉.”

A few days prior, Pearce turned 30 and the “Kiss You in the Morning” singer gave her a shout-out via Instagram. “All lights are on you (youre gonna hate me for this photo) As they should be,” Ray captioned a goofy red carpet photo of Pearce on April 24. “There is so much going on around us but today it gets put on hold to celebrate your heart and you as a beautiful human. You ended your 20s with Platinum and gold singles you’re an inspiration tink and what a way to close it out.”

He added: “Now 30 it’s gonna be a decade that elevates all of life even higher. Hope you feel all the love you deserve today because you deserve it!”

Pearce, whose duet with Brice, 41, hit the No. 1 spot on June 15, released her self-titled sophomore album in February and dedicated several songs to her husband. 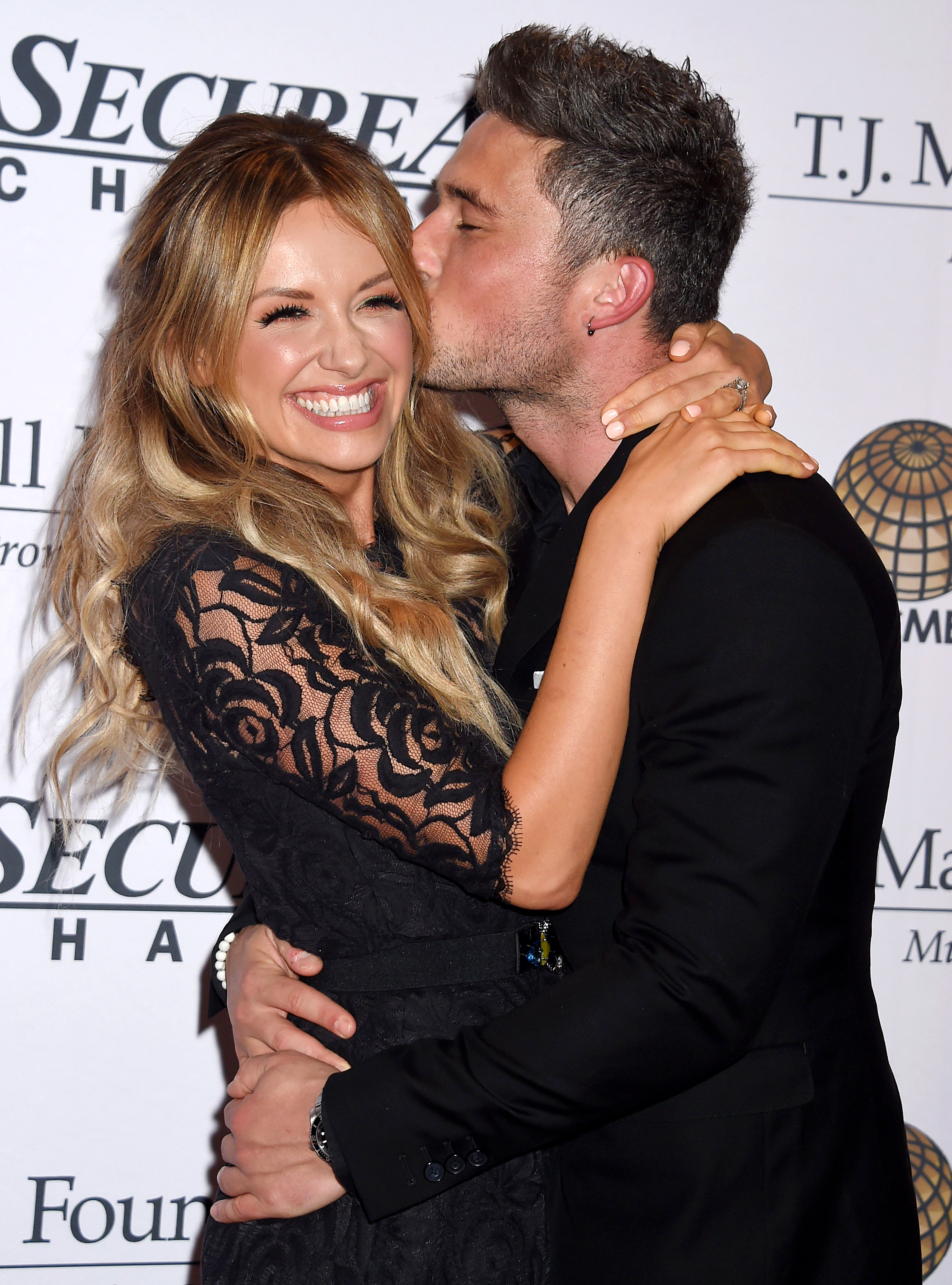 The Kentucky native said “You Kissed Me First,” which was written by Hillary Lindsey, made her recall “the way I started my relationship.”

“[It] just reminds me of some of those fun, kitchen wine nights that we used to have,” she said during an interview on her YouTube channel in February. “Just forgetting to eat because we were so obsessed with each other.”

Her track, “Heart’s Going Out of Its Mind,” on the other hand, was written days after her first date with the Florida native. “I felt high, I felt out of body & definitely out of my mind — but somehow, I just knew,” she wrote via Instagram in January. “This song marks the beginning of my forever.”

The former couple tied the knot in Nashville on October 6, 2019, after getting engaged in December 2018.

Pearce told Us exclusively in May 2019 that her vision for her big day was a “lot of wine” paired with her style, which she described as “a mixture of country boho whimsical fairy tale.”