Home » Celebrities » Catelynn Lowell Gets Slammed For Smoking Around Kids: You’re Gonna Give Them Cancer!

Catelynn Lowell Gets Slammed For Smoking Around Kids: You’re Gonna Give Them Cancer! 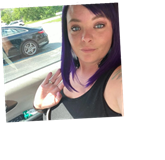 Catelynn Lowell has battled a number of mental health and substance abuse issues over the years, and she deserves credit for being candid about her struggles.

But it seems there’s one substance that still has its hooks in Catelynn, and it’s one that kills nearly half a million Americans each year.

Yes, Catelynn is a smoker, and it seems that her efforts to quit have not yielded positive results thus far.

The subject of Catelynn’s smoking resurfaced this week thanks to a selfie she posted following a visit to her local hair salon.

“Well here it is folks! Thanks so much @stephanie.atmospherehairstudio,” Lowell captioned the pic.

Instead of Catelynn’s hair, fans fixated on the pack of Marlboro Menthols in the compartment on her door.

“Seriously who still smokes in their car??” wrote fan asked, according to UK tabloid The Sun.

“Especially when you have kids. You know them and all of their sh-t smells like smoke”.

“She’s been filmed smoking while Nova was in the car, too,” another follower pointed out.

“And standing like 6 inches away from Nova,” a third critic chimed in.

While it’s certainly fair to criticize Catelynn if she’s been subjecting her children to secondhand smoke, the mere presence of a pack of cigarettes is not proof that she’s recently smoked in the presence of her children.

Catelynn is mom-shamed on a regular basis, and we’re sure she’s accustomed to it — but she probably still appreciates the fact that not all of the comments on her post were negative.

“Love it! Such a pretty color!” one commenter wrote.

“Purple looks GREAT on you!! Totally suits your skin tone and makes your eyes pop!! She did a great job,” another added.

We’re sure Catelynn appreciates the enthusiastic support from fans.

But she also issued a reminder to fans who might be jus a tad overzealous in their support.

“Please quit just showing up at our home,” she continued.

“Our home is our safe place so please respect that,” Catelynn added.

“Please understand that I really do love all of our supporters.”

Nowadays, we have greater access to our favorite celebrities than ever before.

But as much as we might feel like we know them personally, it’s important to note approach them as friends.

Catelynn Lowell Threatens to Give Daughter Away, Doesn’t Want Any CriticismStart Gallery