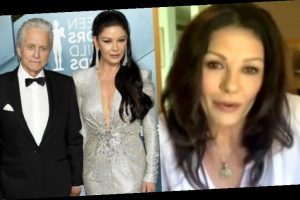 Catherine Zeta Jones, 50, has spoken out about what it means to have a good marriage ahead of her 20th wedding anniversary to Hollywood actor and producer Michael Douglas, 75. The Welsh film star married the Fatal Attraction star at the Plaza Hotel in New York in 2000.

And they said it never lasts.

It comes after Lorraine’s US correspondent Ross King spoke to Catherine about their wedding day, which was 20 years ago, in a new interview on Lorraine.

Ross began by stating: “I can’t believe that later this year, 20 years ago, we were all at the Plaza hotel in New York for a small wedding.

“I mean I was a waiter obviously. I wasn’t a guest,” he laughed. 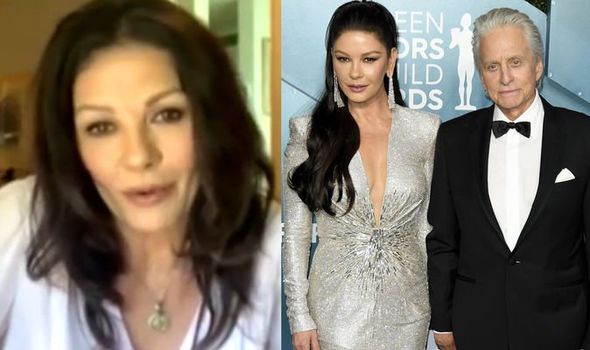 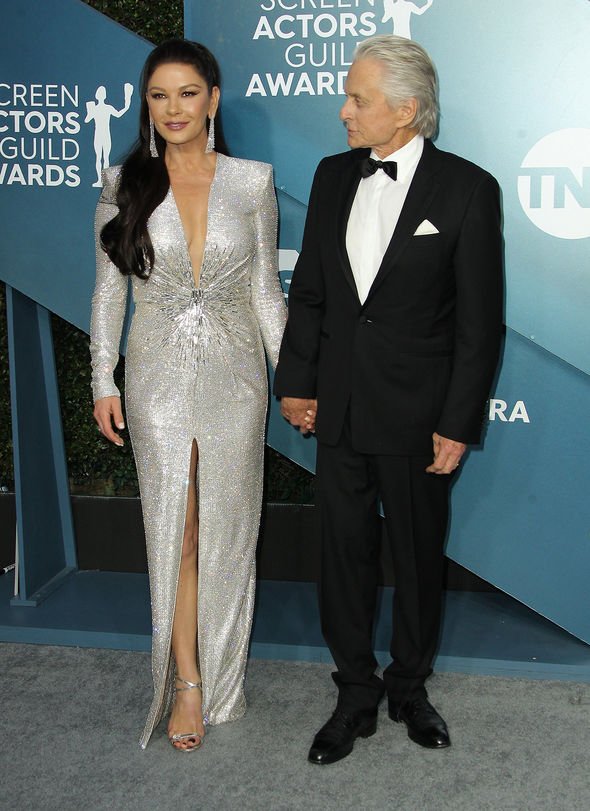 After the actress gathered her thoughts, she divulged: “I have a great blueprint of marriage both with my own parents and Michael’s father and stepmother, what a good marriage means and how precious that is and how you work at it, sustain it and appreciate it.

The journalist went on to speak about Michael’s father and Hollywood legend Kirk Douglas, who died earlier this year at the age of 103.

Ross continued: “And also, from a sad point of view, the first Father’s Day without Kirk as well.” 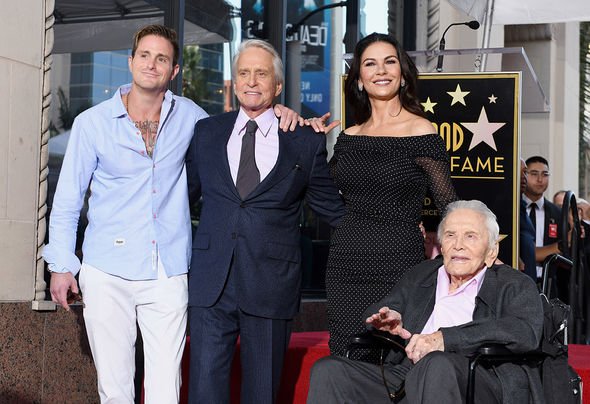 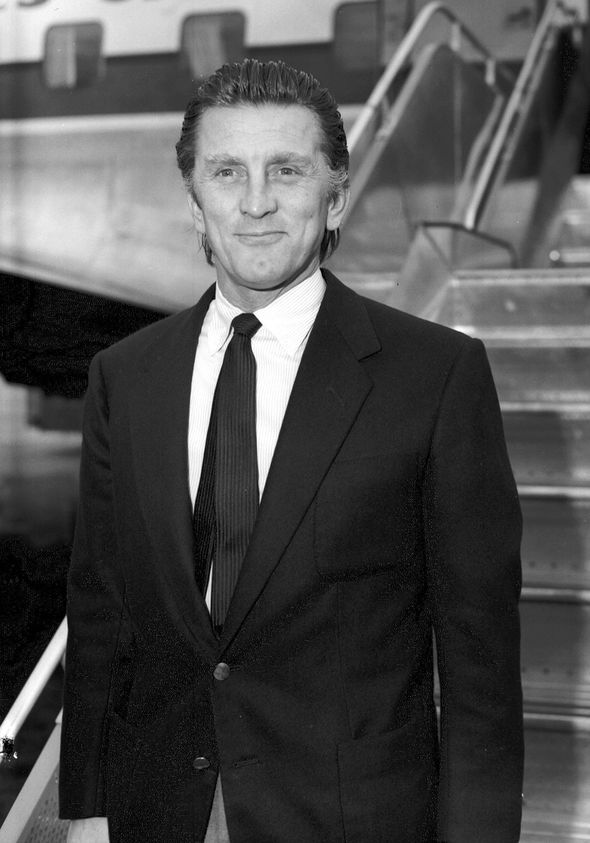 Catherine replied: “Yes. Michael was and the family were inundated with such amazing wishes.

“He was a man of such strength and a life that was so amazing coming from a man’s son to becoming Kirk Douglas,” she explained.

“For me, as a daughter-in-law, to be so loved by him, and to have such a wonderful relationship with him.”

The star went on to tell Ross: “Well you met him many times.

“When you meet him, he’s one of those men that is everything that you expect a movie star to be.”

Catherine, who shares her two children Dylan, 19, and Carys, 17, with Michael, revealed they welcomed a new family member into their household during lockdown.

She told Ross in the same interview: “I’ve been watching as the world goes through this and sending all my best vibes out to everybody.

“What we did do, we abided by the rules. My kids were all back, all of a sudden my kids’ friends were back. It’s hard for us to go, ‘No, let’s not sneak off and have a party with your friends’.”

After Ross asked whether herself or Michael had been more annoying during lockdown, the mother-of-two admitted: “I’ve got to be really careful. I’m going to say me.

“We’re very lucky and we had a new puppy,” she explained.

“He always takes the focus off anything that’s going a little awry. We go, ‘Oh, puppy!'”

Michael is also a father to Cameron Douglas, 14, who he shares with his ex partner Diandra Luker.

Good Morning Britain with Lorraine Kelly airs on weekdays from 9am on ITV.