Chadwick Boseman Will Not Be Recast in ‘Black Panther 2,’ Disney Announces More Details 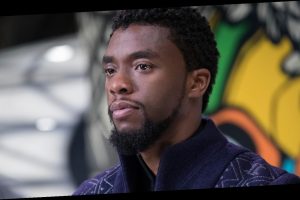 Disney and Marvel have confirmed plans for the upcoming movie Black Panther 2.

Chadwick Boseman, the star of the first Black Panther movie, tragically passed away earlier this year and his role as T’Challa will not be recast for the upcoming sequel.

“Black Panther 2, opening July 8, 2022, is being written & directed by Ryan Coogler. Honoring Chadwick Boseman’s legacy & portrayal of T’Challa, Marvel will not recast the character, but will explore the world of Wakanda & the rich characters introduced in the first film,” the company announced during the Investor Day event.

Dozen and dozens of announcements, including a bunch of Marvel ones, were made throughout the day. Here’s our full recap of everything that was revealed!

Make sure to watch the montage tribute that is now part of Black Panther when you watch on Disney+.

END_OF_DOCUMENT_TOKEN_TO_BE_REPLACED

END_OF_DOCUMENT_TOKEN_TO_BE_REPLACED
We and our partners use cookies on this site to improve our service, perform analytics, personalize advertising, measure advertising performance, and remember website preferences.Ok