Charlie Cox Rumored to Play Daredevil Again, This Time in a Movie! 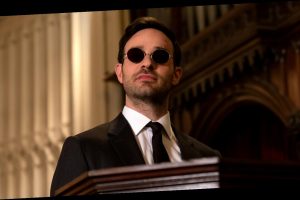 The upcoming Spider-Man 3 movie keeps getting more and more big names attached and another one is reportedly joining the cast!

Charlie Cox is rumored to be reprising his role as Daredevil in the upcoming Marvel Cinematic Universe movie, which is currently in production.

The 37-year-old actor played the character in the Netflix television series, which was canceled in November 2018. Variety reported back then that Netflix had a clause that prevented characters from their series from appearing “in any non-Netflix series or film for at least two years after cancellation.”

It has been two years since Daredevil‘s cancellation, so that gives Marvel the freedom to include the character in the MCU. Now, the often reliable fansite Murphy’s Multiverse is reporting that Charlie will play the superhero in the upcoming Spider-Man movie.

Back in May, Charlie explained why he didn’t think a fourth season of Daredevil would happen.

It was reported earlier this week that another major former Marvel star will appear in the movie.

END_OF_DOCUMENT_TOKEN_TO_BE_REPLACED

END_OF_DOCUMENT_TOKEN_TO_BE_REPLACED
We and our partners use cookies on this site to improve our service, perform analytics, personalize advertising, measure advertising performance, and remember website preferences.Ok