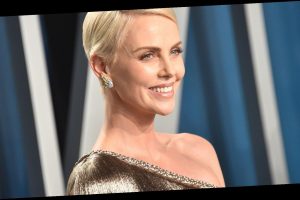 When Howard Stern suggested she “almost got married to Sean Penn,” Charlize Theron had the best response.

It’s a truth universally acknowledged – by those who subscribe to that tired old ‘first comes love, then comes marriage’ theory, at least – that a woman’s sole goal in life is to secure a wedding proposal.

To these people, apparently, it doesn’t matter that the year is 2020, not 1950. That the number of marriages between men and women hit a record low many months before lockdown put an abrupt end to this year’s wedding plans (according to the Office for National Statistics, “marriage rates for opposite-sex couples [hit] their lowest level on record [in 2018] following a gradual long-term decline since the early 70s”). That, as dating and relationship coach Ané Auret has pointed out, “having the freedom to focus on what you want to do as an individual is more important to people in their 20s than it was several decades ago.”

None of that matters, because they are still subscribed to the fairy-tale we were all sold via Disney films as children, and glossy magazine covers as adults. So much so that even a woman as successful as Charlize Theron – as in, yes, the critically-acclaimed actor and producer – can’t escape this sexist narrative.

During a recent interview with Howard Stern about her new project, Netflix’s The Old Guard, Theron was completely blindsided when Stern decided to focus his attention away from her formidable body of work and onto her year-and-a-half relationship with Sean Penn, whom she split from in June 2015.

And so, when Stern boldly claimed that she “almost got married to Sean,” Theron felt it her duty to interject.

“We dated. That was literally all we did.”

Keen to put this baseless rumour to bed, Theron continued: “We dated and then we didn’t date. It was a relationship, for sure. We were definitely exclusive, but it was for barely a year.

“We never moved in or… like, no, I wasn’t gonna marry him. It was nothing like that.”

Theron went on to underline the fact that she “never wanted to get married,” stating that it has “never been something that’s important to me.”

And, knowing all too well how predictable people can be, the Mad Max: Fury Road star quickly scotched any suggestion that she might be dissatisfied with her single state.

Then, hammering home her point that she doesn’t want to be treated as a victim of circumstance, but as a badass agent of her own destiny, she finished: “My life right now just doesn’t allow for a lot of room for something like that to happen.”