Jose Andres revealed that he set up his nonprofit organization World Central Kitchen at the Ukraine-Poland border to assist in the heartbreaking refugee crisis.

Chef José Andrés is helping feed Ukrainians who are seeking refugee in Poland amidst the attacks from Russia. José, 52, revealed on Twitter February 25 that his nonprofit organization World Central Kitchen is stationed at the Ukrainian-Poland border helping feed refugees. “People of the World…Like you, I am distraught watching Ukraine under attack. We must come together as a force for good!” the celebrity chef said. “@WCKitchen is on Poland border delivering meals tonight—Romania soon.” José also revealed that he’ll further support Ukraine with the Jeff Bezos’ Courage and Civility Award, which is worth $100 million that he received last year.

The famous cook also said in a video that the World Central Kitchen will be present at the Poland border “to take care of the needs of the Ukrainian people.” He went on, “I always say whenever there is a fight hungry people will eat. Well, here is a fight. We are going to make sure that nobody’s going hungry and we show the respect they deserve.” José also told his fans they need “to be a force of good” and find peace to “create a better world.”

The crisis in Ukraine has captured the attention of the entire world. Celebrities are heartbroken about the situation, and some addressed the Russia-Ukraine conflict at the 2022 SAG Awards on Feb. 27. Lady Gaga said in a red carpet interview that her “heart really goes out to Ukraine.” Jessica Chastain and Jean Smart both shared their love to the Ukrainian people during acceptance speeches at the awards show. 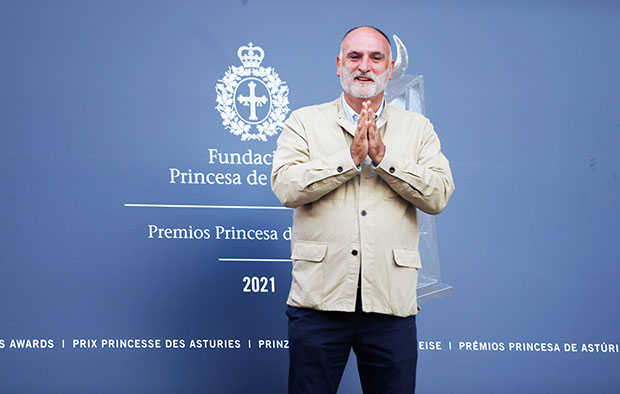 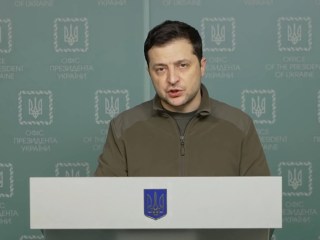 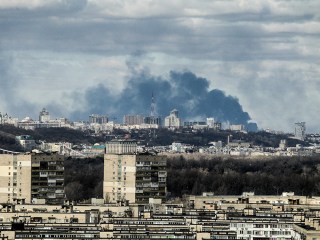 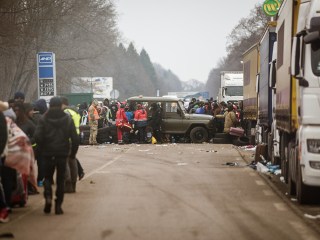 Since Vladimir Putin first gave the go-ahead for Russia to begin enacting “special military operations” across the Ukrainian border, civilians have been fleeing the country in droves as the whole world watches. President Joe Biden denounced Russia’s attacks in a press conference from the White House on Feb. 24. He also announced further economic sanctions being placed on the Russian government on imports and the country’s elites to place a massive cost on the Russian economy.