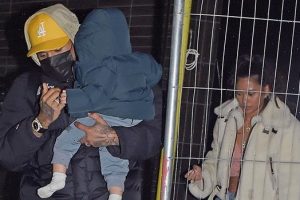 The doting mom shared a sweet photo of herself and her little boy, where it looked like the two of them were having a bonding moment.

Chris Brown‘s son Aeko, 2, is growing up to have a great sense of fashion and style. Aeko’s mom Ammika Harris  took to her Instagram on Friday December 10 to post a photo of herself and Aeko. The 32-year-old singer’s son wore an adorable little outfit, as he smiled at his mom for the cute mommy-son picture.

Ammika looked like she was in awe of her son, as she knelt down and looked at him. The model looked gorgeous in a white top, and she accesorized with some subtle jewelry, including a necklace with an “A” pendant. Aeko looked adorable in a pair of jeans and a white sweater. He also had a necklace with a small charm on the end. Ammika had a super sweet caption for the photo, calling her son a “Hero,” and explaining his new hairstyle. “Man bun bc his hair so long,” she wrote.

The portrait of the mom and son wasn’t the only sweet post with her son that Ammika shared over the weekend. She also posted a Story on Sunday December 12, of her son laying down with a pacifier in. She took the pacifier out his mouth and told him she loved him, and he responded by saying what sounded like, “I love you too.” It was a super sweet video. 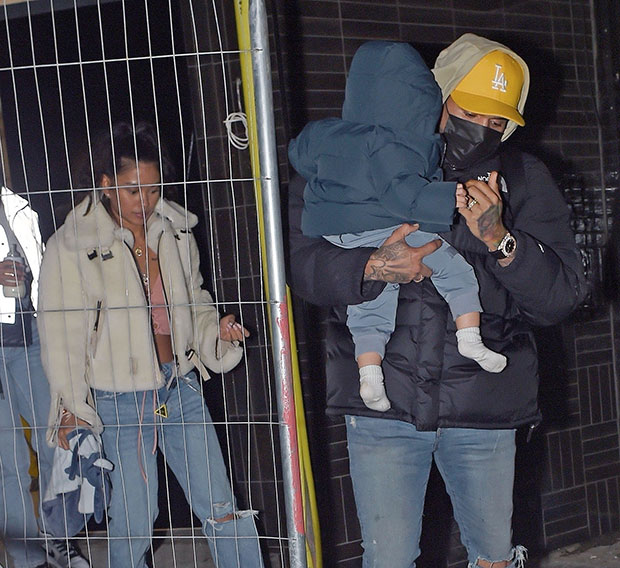 Both Ammika and Chris both clearly adore their son, and they’ve shared plenty of sweet photos, videos and moments of their little boy. Early in November, the singer shared a video of Aeko naming his toy animals, showing just how smart the boy is! Chris and Ammika co-parent, while the model and her son live together in Germany. A source revealed to HollywoodLife that Chris still tries to connect with Aeko, even though they’re far apart. “Although Chris can’t always be with his son in person, he goes above and beyond to connect with Aeko on a regular basis despite their distance. He loves seeing photos and videos of his son, FaceTiming, etc.,” the source said.