The DJ, 53, admitted to feeling a little worse for wear on Friday’s show after hitting the town with Sports Breakfast’s Alan Bazil, 59, the night before. Early in the morning, Chris Evans told Virgin Radio listeners he was breaking from his own tradition that day. “I never eat during the show, I never eat anything during the show,” he announced. “[I] just get on with the show.

“I have loads to drink, I have loads of herbal teas,” he explained. “But I don’t have anything to eat ever unless we’re doing something on the air about some kind of food or we’re testing some kind new savoury snack or something like that – or sugary naughty treat.”

Chris went on to reveal how that morning was a completely different story.

“Today I’ve already ordered a double bacon and sausage brioche with both sauces,” he said. “That’s ketchup and brown sauce.

“It was a serious day yesterday,” he laughed. “I sound perky but I’m very good at this!

Later in the show, Chris could be heard munching before revealing his sausage bun had been delivered. 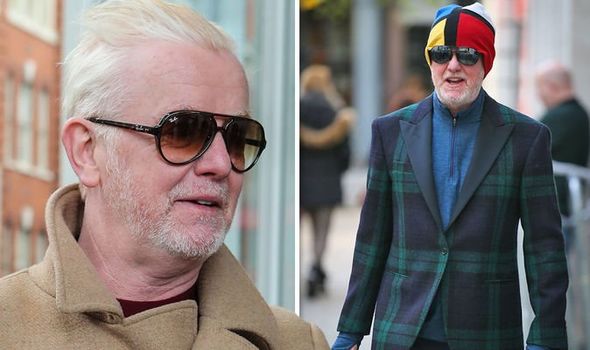 The Virgin Radio presenter joined the station after leaving his job as host of the BBC Radio 2 Breakfast Show following nine years at the helm.

His position was filled by successor Zoe Ball, 48.

Elsewhere, Chris became a father-of-five last year when he and his wife Natasha Shishmanian welcomed twins Walt and Boo.

The tots, who were born in September, are the couple’s third and fourth children together.

The couple tied the knot in 2007 and are parents to 10-year-old Noah and six-year-old Eli.

Chris is also father to grown-up daughter Jade from a previous relationship. 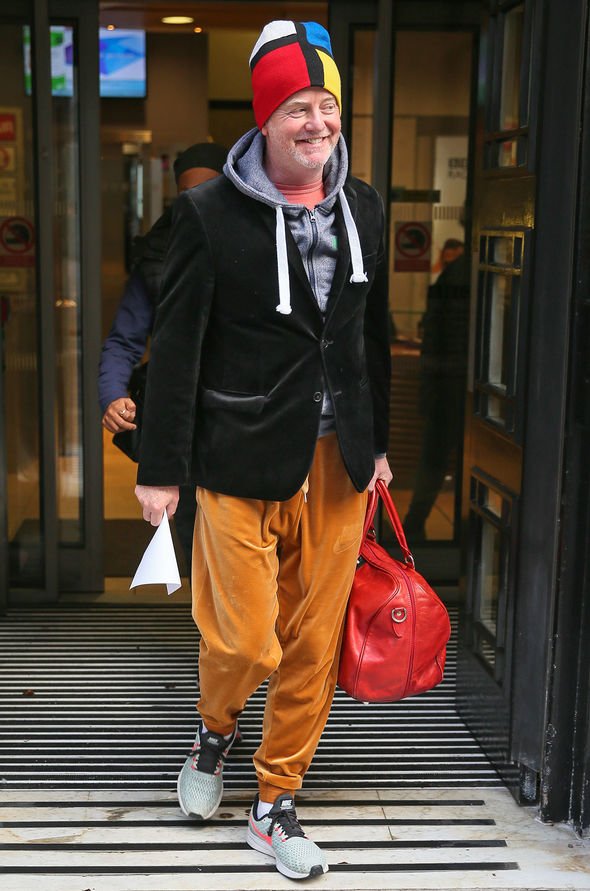 Last week, he recalled the day the twins’ were born, saying one of the pair came suddenly as a bit of a surprise.

He said the midwife told Natasha she would be around five-and-a-half centimetres dilated because she had been at two four or five hours ago.

“So they went to check it and the first baby just came out!” he said. “They went, ‘Woah, woah!’

“What they said was, ‘Just give one little push so we can see the baby’s head.’

“One little push, phew, literally shot out!” he exclaimed. “Someone catch that baby because there’s another on the way!”