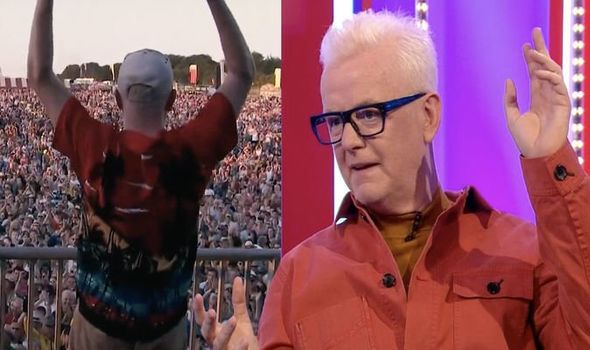 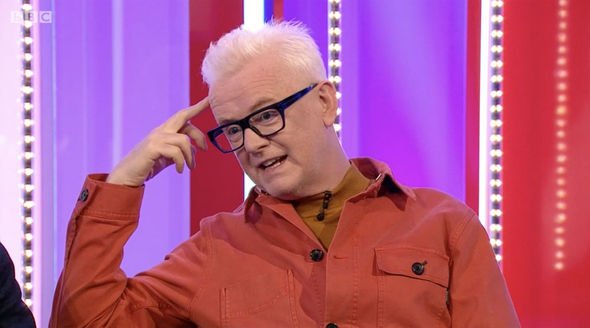 “Formula One have said they will be carbon neutral by 2030, but it’s not that difficult,” Chris whispered. “Just do it, we’ll help you.”

The radio host said CarFest banned plastic bottles and cups last year and have brought in compost toilets instead of the chemical portaloos.

“You ban all your food and beverage people from bringing plastic knives and forks and all that. We’ve reduced our carbon tonnage from 290 tonnes to 210 tonnes in three years but we’ll get to zero next year by offsetting everything else,” he explained.

Chris revealed that they will be working with a company that will reward their decreased carbon footprint by planting trees but the team haven’t decided who they’re going to work with yet.

“We want the best deal to make money for Children in Need and all the other children’s charities,” he nodded. 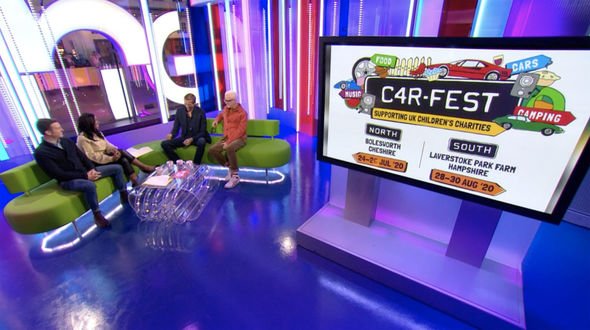 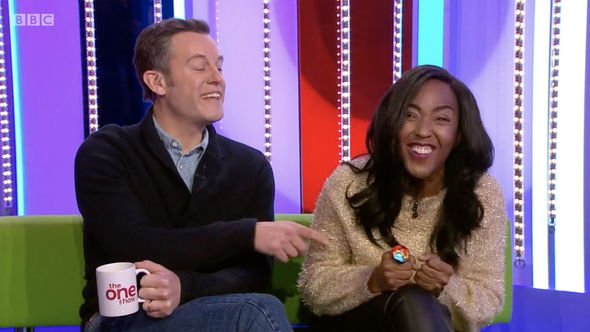 Angellica revealed she will be cooking at the event but had a question about next year’s line-up and who fans can expect to see perform.

“Glastonbury is having Paul McCartney, who have we got for CarFest?” She quizzed.

Chris giggled: “Ok, well I was with Paul McCartney on Friday–“ He began as the whole studio erupted with laughter as the hosts gasped.

“I thought you were going to say Paul McCartney!” Angellica exclaimed, as her jaw dropped open.

Chris continued: “We’re very excited about next year, we have this super group thing. Rob Brydon basically hosted the super group, he’s as good as anyone we have on singing, so Rob’s going to be guest vocalist, Tyson fury will sing for us, Sheridan Smith is going to sing for us.”

But Matt had another suggestion for the festival founder: “Seriously Chris, you’re going to want to get Peter Crouch involved because we’ve got this,” he said as a picture of Peter singing with rock band Kasabian, in London’s O2 arena popped up on the screen.

“I’m awful at singing!” Peter said: “I just got carried away!”

“I end up getting involved and then it escalates.”

Maybe Chris will skip on that invitation then!

On his Wednesday morning Virgin Radio show, Chris and the team were busy selling CarFest tickets ahead of the release and gave an astronomical amount of money away to charities and individuals around the country who were recognised for their good work.

With 25 percent of each CarFest ticket sold and all the profits and proceeds throughout the two weekends going to children’s charities, they all had their work cut out.

They were bombarded with texts from listeners who had bought their tickets for the 2020 event and wanted to share their excitement.

In order to help with the charity special show, Chris was joined by his wife, Natasha and their two twins that they welcomed at the end of last year.

Some listeners revealed they had bought tickets for both weekends and that they “couldn’t wait” for it to come around.

The One Show airs nightly at 7pm on BBC and The Chris Evans Breakfast Show with Sky airs weekdays at 6.30am on Virgin Radio.