Home » Chris Harrison Plans to Return to ‘The Bachelor’ Amid Controversy, Apologizes Again 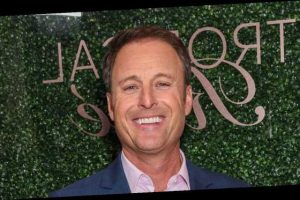 Chris Harrison is speaking out about his controversy in an extensive interview on Good Morning America.

If you don’t know, The Bachelor host has been called out after he defended The Bachelor contestant Rachael Kirkconnell against claims that she had been racist in her past behavior.

During an interview with Rachel Lindsay, he said that the “woke police” was out to get her and that there is a difference in how one behaves in 2018 vs. in 2021.

Chris said, “I am saddened and shocked at how insensitive I was in that interview with Rachel Lindsay. I can’t believe I didn’t speak against antebellum parties, what they stand for. I didn’t say it then and I want to say it now: those parties are not OK, past, present, future. And I didn’t speak from my heart. And that is to say that I stand against all forms of racism, and I am deeply sorry to Rachel Lindsay and to the Black community,” he added.

“To anyone who is throwing hate towards Rachel Lindsay, please stop,” he added. “It’s unacceptable.”

As for the steps he’s taking now, Chris said, “I sought out leading scholars, teachers, faith leaders, people like Dr. Michael Eric Dyson, who I am so grateful for, and I’ve also been working closely with a race educator and strategist. I thank them all. But Dr. Dyson often talks to me about council. Not cancel, and that is full accountability, understanding what you didn’t understand, owning that, learning from that, seeking counsel often in the community that you hurt, learning from them, listening, gaining experience, knowledge and moving forward.”

He said about his future, “I plan to be back and I want to be back. And I think this franchise can be an important beacon of change. I know that change is felt, not just by me, but by many others. And we are excited and willing to do the work to show that progress.”

Chris had stepped away from The Bachelor amid this controversy.