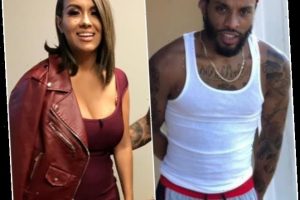 Earlier this week, the never-ending Kailyn Lowry-Briana DeJesus feud took a turn for the worse.

This time around, Kail was the instigator, but Briana certainly didn’t shy away from the confilct.

In fact, she went positively nuclear in her response to the situation.

Basically, Kail wished Bri’s baby daddy a happy Father’s Day out of nowhere, knowing full well the comment would get a rise out of her rival.

She then encuraged her followers to ask Briana if she’s sleeping with Kail’s most recent baby daddy, Chris Lopez.

Like we said, things got ugly in a hurry.

“Girl, for someone that says you don’t want anything to do with me, you certainly seem to want to play the game. So you wanna play? Let’s play,” Bri responded in an interview.

“You have THREE baby Daddies, one of whom took an interest in me while he was still doing you and his current baby Mama,” she continued, referring to the brief period during which she dated Kail’s ex-husband, Javi Marroquin.

“We both got played. Stop acting like the victim at this point and give it a rest.”

“Don’t you have better things to worry about then inserting yourself into drama with one of my children’s fathers?” Briana asked.

“Aren’t you knocked up again from the man you said beat you in leaked DM’s?”

That’s a reference to the fact that Lowry has a restraining order against Lopez, the man whom she’s currently pregnant by.

Briana never explicity denied sleeping with Chris, but it seems she addressed the rumor pretty well with that line.

As for Lopez himself … well, we expected him to sit this one out.

Instead, he commented in a way that might wind up re-igniting the Kail-Bri beef yet again

“I’m a popular loner,” Chris wrote on Instagram this week.

It’s a little strange for Chris to acknowledge Kail’s accusations, but not specifically deny them,

We still don’t think he slept with Briana — but he might be enjoying messing with Kail’s mind on this one.

As many fans have pointed out, this is certainly not the first time that Lowry has accused Lopez of cheating.

“They’ve been together this whole time. Nobody needs to pass this ‘tea’ along like I don’t know. I hope they can work it out this time!” she commented earlier this year on a post about Chris sleeping with his high school ex.

“Me [and] him were together. He’s been lying to both of us about the other,” Kail contued.

“When I loved someone so hard, it was devastating to know he was capable of hurting me to the extent that he has,” she said in an interview on the subject.

“When someone can lie through their teeth so well … I fell for it, only to find out later my gut was right all along.”

“Stop talking ‘bout some BS that ain’t true for ratings and drama,” Lopez responded at the time.

We highly doubt that ratings are Kail’s number one concern these days.

She seems to really suspect that Chris has repeatedly been unfaithful, and she seems very hurt by his alleged actions..

Of course, if she’s wrong, dude is fully justified in being this irate about her accusations.