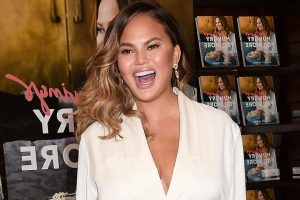 Chrissy’s Court may no longer be in session, but that won’t stop judge Chrissy Teigen from ruling on some of the week’s hot topics.

The 35-year-old model and cookbook author took to Twitter on Thursday to weigh in on the recent story of an alleged private video that Ben Affleck sent to an influencer who unmatched with him on the exclusive dating app, Raya.

The woman, Nivine Jay, posted the video on TikTok of Affleck saying, “Nivine, why did you unmatch me? It’s me.”

Chrissy’s ruling is there are no winners here.

“I agree celebs shouldn’t be making these creepy desperate video replies on Raya but it’s tacky to release private messages. Ya both wrong, congrats,” Teigen tweeted.

I agree celebs shouldn’t be making these creepy desperate video replies on raya but it’s tacky to release private messages. Ya both wrong, congrats

This isn’t the only topic Teigen has weighed in on. Last week she tweeted, “I do not believe in sliced avocado on avocado toast. It needs to be mushed. There will be no apology for this tweet!!”

She later added, “It is my belief that most of Los Angeles serves over-limed guacamole.”