Chrissy Teigen's Giving Up Drinking Altogether After One Month Sober 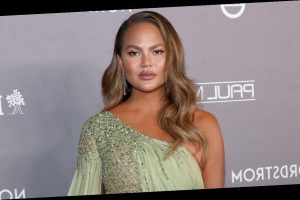 Chrissy Teigen is saying goodbye to alcohol for good. Shortly after revealing that she’s one-month sober, the 35-year-old model took to her Instagram Story to explain why she quit drinking.

The decision, she wrote, came after she was gifted Holly Whitaker’s 2019 book Quit Like a Woman: The Radical Choice to Not Drink in a Culture Obsessed with Alcohol.

“One month ago, on my birthday, I got this book from my doctor and friend,” Teigen wrote. “I was done with making an a** out of myself in front of people (I’m still embarrassed), tired of day drinking and feeling like s**t by six, not being able to sleep. I have been sober ever since.”

“Even if you can’t see yourself doing it or just plain don’t want to, it is still an incredible read,” Teigen continued, before tagging the author.

Whitaker re-posted Teigen’s message alongside one of her own.

“Thank you a thousand times over for sharing your humanity and multitudes, always,” Whitaker wrote. “Infinite gratitude for you sharing my work. With you, with you, with you.”

Prior to getting sober, Teigen was open about her struggles with alcohol. In 2017, she told Cosmopolitan that she “can’t just have one drink.”

“I got used to being in hair and makeup and having a glass of wine. Then that glass of wine would carry over into me having one before the awards show, and then a bunch at the awards show,” she said at the time. “Then I felt bad for making kind of an a** of myself to people that I really respected. And that feeling, there’s just nothing like that.”

“You feel horrible. It’s not a good look for me, for [husband] John [Legend], for anybody,” she added. “… I don’t know how to go to an awards show and not drink.”

After an alcohol-free trip to Bali that left her feeling “amazing,” Teigen said she was considering forgoing alcohol altogether.

“I used to think it was kind of nutty to have to go totally sober,” she said. “But now I get it. I don’t want to be that person… I have to fix myself.”