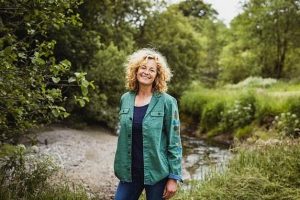 A Country Life For Half The Price With Kate Humble

We could all do with a bolthole right now, somewhere to escape from the world — or maybe just a strong gin and tonic.

Kate Humble, who has more than once revealed her top recipes for homebrew gin at her rural hideaway in the Wye Valley, is back to encourage those city dwellers thinking of selling up and moving far out of town, in A Country Life For Half The Price (C5).

Her urban escapologists give up their mod cons, nearby schools and easy access to supermarkets.

But they gain stunning views and a sense of freedom you’ll never find in Acacia Avenue.

Thanks to the trend for working from home, this is more feasible than ever.

The catch is that, to make the move affordable, relocation often means massive renovation, too. 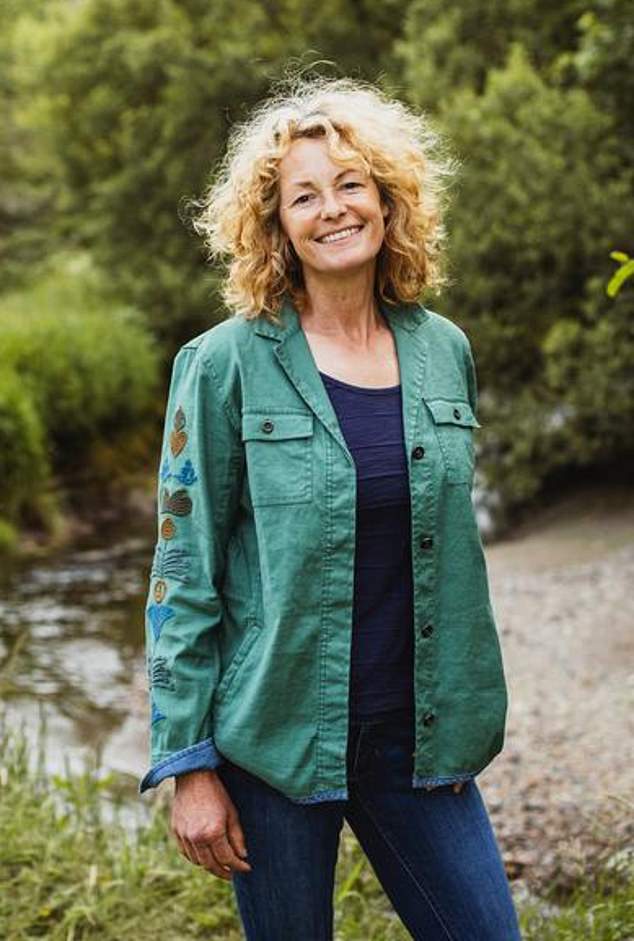 Kate Humble, pictured, spoke to a family of eight who had left their spacious semi-detached home in Solihull for a nearly derelict house on the border with North Wales

Steve, Katherine and their six children certainly faced that when they left their spacious semi in Solihull, West Midlands, for a nearly derelict house on the North Wales borders.

‘This is a proper doer-upper with a complete overhaul needed,’ said Kate happily.

The kitchen was a cave, the entire building needed rewiring, a staircase had to be removed and the place was so remote that, in the middle of the pandemic, they couldn’t find a builder willing to come out.

But the couple were also intent on constructing a holiday chalet on their land, so that foster families could come and enjoy a break.

Trying to corral six boisterous children while earning a living and overseeing the building work must have been exhausting.

But the joy of the youngsters made it all worthwhile.

‘It’s a different kind of childhood,’ said Katherine, watching her brood playing football in the pigsty and feeding the chickens.

One of her boys was a Star Wars fanatic. To his delight, a chicken hatched out on May 4, which is Star Wars Day — because it’s May the fourth be with you . . .

Sandi Toksvig and Sue Johnston made sure they didn’t go without gin on their Extraordinary Escapes (C4) — though since this is a swishly upmarket holiday show, the booze was decidedly fancy.

Sitting on the steps of a ‘bespoke shepherd’s hut’ in Cornwall, they sipped gin swirled with squid ink.

I’m not sure a fishy cephalopod is any substitute for Schweppes.

The let was owned by farmers Wendy and Tom, who also fled from the city rat race and now tend a herd of alpacas. 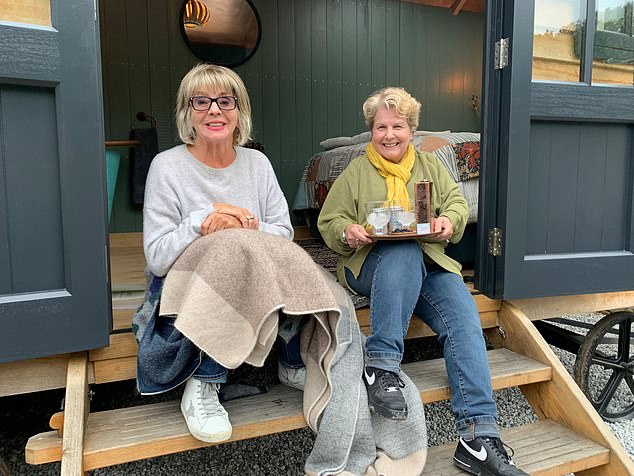 These creatures are so high maintenance that Wendy has to trundle a tractor around their field every day, towing a giant vacuum cleaner to ‘poover’ up their dung.

Sandi tried feeding them, but she looked more terrified of these pint-sized llamas than she did when she went wolf-watching with Deborah Meaden on her Christmas show.

All the Cornish retreats she picked were idyllic, most of all the concrete modernist masterpiece overlooking Praa Sands.

It looked like a giant white piano, but the sea views were astonishing.

And former Royle Family star Sue was charming company — never striving for laughs or showing off, just enjoying herself.

She revealed that, after playing mother to so many top actors, from Sean Bean and Ralf Little to Stephen Graham, they all still call her ‘Mum’.

Who wouldn’t want to?