When I Grow Up

Entertaining telly doesn’t have to be rocket science. Sometimes it’s just a matter of taking two well-tried elements and banging them together.

When I Grow Up (C4) used one fail-safe technique of sticking a bunch of bright, articulate seven-year-olds in front of the camera. Then it dropped them into an Apprentice format.

The children were given the run of Hello! magazine, with orders to cover a West End show, a celebrity photoshoot and a Royal visit. To be fair, many of the actual staff didn’t look much older than seven. 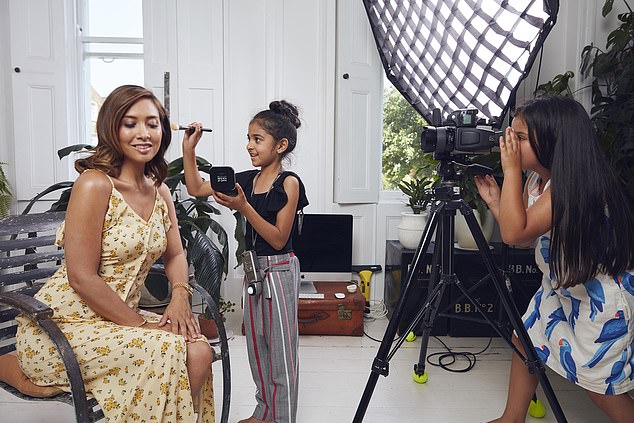 At the first meeting, execs asked their young interns what stories they wanted to write about. ‘Alcohol-related illnesses,’ said one. ‘Child abuse,’ suggested another. The adults looked briefly terrified.

Morning news conference was presided over by a primary schoolgirl but otherwise it seemed startlingly normal — proceedings started with croissants, continued with a couple of needless ear-bashings, and wound up with some peremptory decisions that would later be changed. Welcome to journalism, children.

The fun of The Apprentice is watching the egos clash, oblivious to any impending disaster. Some of these young magazine staffers had formidable egos, too, but because they were so young we wanted to see everyone succeed. And, of course, they did.

Junior editor Isabella, smart as a whip, and her royal correspondent Sam, a boy blessed with the sweetest smile, even landed a genuine exclusive. Charles and Camilla, not usually known for their fondness of reporters, spotted the duo and questioned them teasingly. 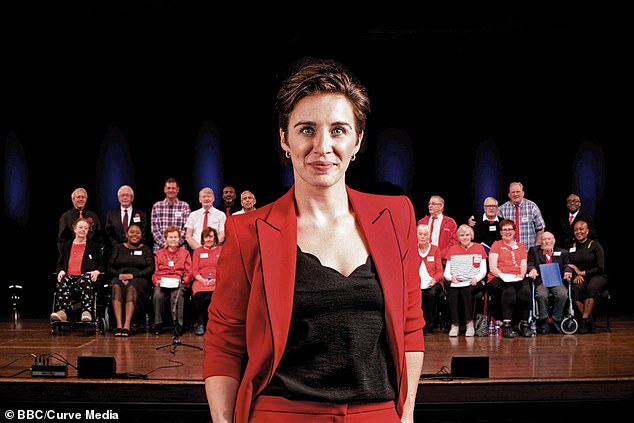 What were the children’s favourite books? Did they like Harry Potter? The Duchess of Cornwall thoroughly approved of Charlie And The Chocolate Factory. There are veteran royal-watchers who would give their eye-teeth for a friendly chat like that.

At times, as with all reality shows, scenes felt forced and the youngsters had obviously been given lines to say. But there were also priceless moments that hadn’t been scripted — such as the look on the face of Myleene Klass’s agent when he sat down to ‘do lunch’ with the children.

For a start, they ate McDonald’s style, with their fingers, grabbing big handfuls of chips. Then Isabella announced that she wasn’t a fan of Myleene’s and, to soften the blow, added, ‘Actually, I’ve never heard of her.’ Spoken like a true Apprentice.

Latin lover of the night:

Great Art (ITV) gave us a swift, scholarly overview of the early life of Pablo Picasso, from brilliant teen to his job as a magician. The breadth of his genius is just breath-taking. But golly, didn’t he get through a lot of women.

Two very different but equally successful telly tropes were combined in Our Dementia Choir (BBC1). It’s one of the cast-iron laws of TV that a singalong makes everyone feel better, so the only surprise here is that it has taken this long for someone to think of testing the real health benefits of singing.

We love to see a presenter whose passion spills over into the documentary, and Vicky McClure was the perfect choice. Her own grandmother’s struggle with Alzheimer’s disease had affected her deeply, but she also had a sense of humour, which is essential — when a relative has dementia, laughter is the best hope anyone has to keep from being overwhelmed.

It was good to know that her Line Of Duty character, terminally suspicious DI Kate Fleming, hasn’t rubbed off on her. Vicky seemed to see the best in everyone she met. They included cheerful Betty, 82, who announced: ‘I keep forgetting I’ve got dementia,’ and 67-year-old Chris, whose conversation tended to be, shall we say, uninhibited — much to his wife’s embarrassment.

Like most programmes following a choir, this one meandered sometimes. Then it would find its footing, with a moment of pure heartbreak.

END_OF_DOCUMENT_TOKEN_TO_BE_REPLACED

END_OF_DOCUMENT_TOKEN_TO_BE_REPLACED
We and our partners use cookies on this site to improve our service, perform analytics, personalize advertising, measure advertising performance, and remember website preferences.Ok