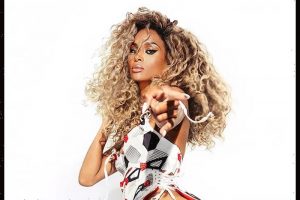 The dance floor-ready anthem marks Ciara’s first release since signing a new label deal with Republic Records and Uptown Records, in partnership with her own Beauty Marks Entertainment.

The single was accompanied by a new video that features Ciara dancing atop a moving subway train along with numerous outfit and glam changes.

“Jump” is the first single from Ciara’s upcoming eighth album, which will be a follow-up to 2019’s Beauty Marks, which she released independently.