Home » Celebrities » Cicely Tyson Passes Away at 96, Two Days After Her Memoir Was Published

Cicely Tyson Passes Away at 96, Two Days After Her Memoir Was Published 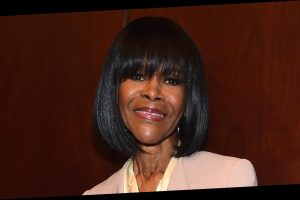 Cicely Tyson has sadly passed away.

The legendary actress’ agent confirmed to the Associated Press that she died at the age of 96.

Her manger told Variety, “I have managed Miss Tyson’s career for over 40 years, and each year was a privilege and blessing. Cicely thought of her new memoir as a Christmas tree decorated with all the ornaments of her personal and professional life. Today she placed the last ornament, a Star, on top of the tree.”

Cicely launched her career as a fashion model and she landed her first acting role in 1951 on the NBC series Frontiers of Faith. She was best known for her Oscar-nominated work in 1972′s Sounder and her Emmy-winning work in the TV film The Autobiography of Miss Jane Pittman.

Other projects that earned her acclaim included 2011′s The Help and her role as Ophelia Harkness in the ABC series How to Get Away with Murder. She also was a Tony Award winner for her work on Broadway and a recipient of the Presidential Medal of Freedom. In 2018, she received an Honorary Award from the Oscars.

Cicely‘s memoir “Just As I Am” was published this week on January 26. You can buy it now on Amazon.

We’re sending our thoughts and condolences to all of Cicely‘s loved ones during this difficult time.

Disclosure: Some products on this site use affiliate links and we may earn commission for any purchase made through the links.