Cliff Richard, 81, looks upbeat as he returns to Wimbledon in eye-catching peach suit 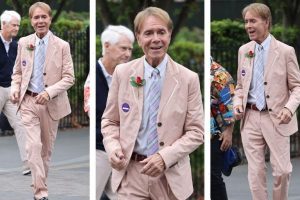 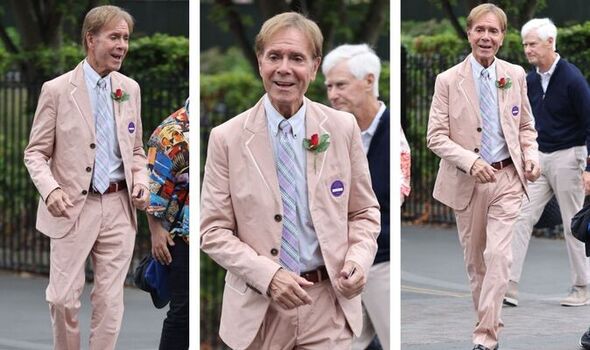 Cliff Richard at day 11 of Wimbledon

Cliff Richard was in high spirits today, smiling and laughing as he demonstrated his age-defying approach to life

Cliff Richard, 81, looked a mere fraction of his age as he stepped out again at this year’s SW19 championships to see the semi-finalists battle it out.

He wore a pastel peach suit with a hint of a grey hue, and paired it with a pale blue shirt underneath.

However most noticeable of all was the return of the small red rose he has been pinning to his jacket, a trademark for him at this year’s tournament.

Earlier in the week he wowed the crowds in a bright multicoloured snakeskin jacket, and even performed a spot of impromptu singing from the audience. 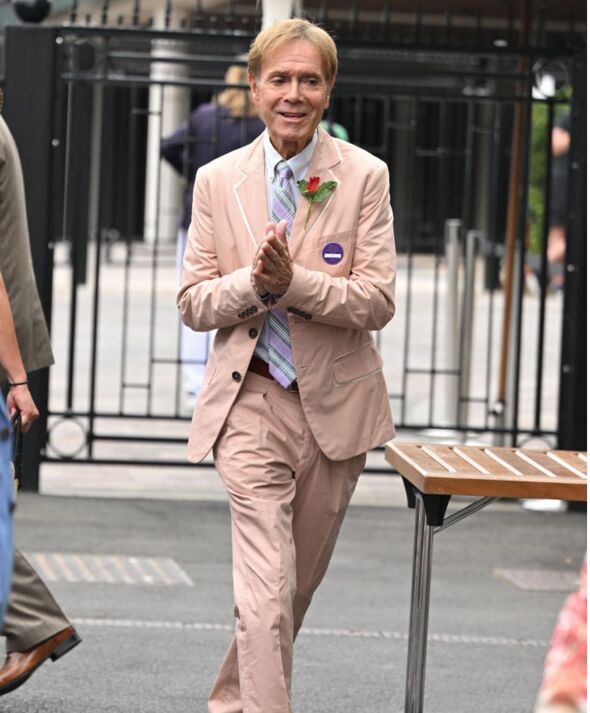 Cliff Richard arrives at the tournament

Cliff Richard, who has attended Wimbledon numerous times already this year, looked delighted to be back as he dressed down in a peach-grey suit 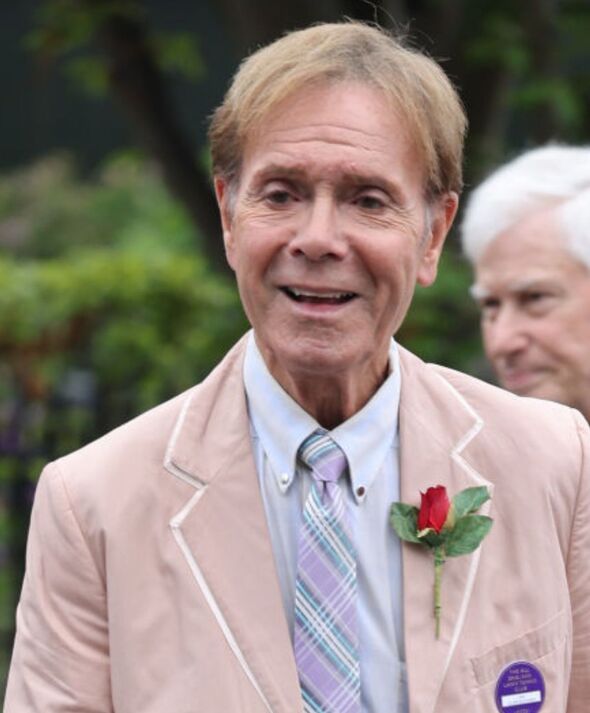 Cliff Richard poses for the cameras 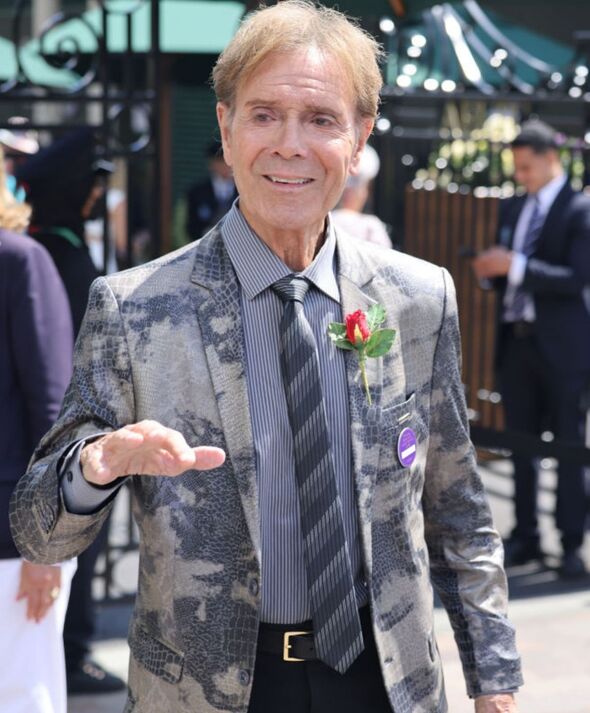 Earlier in the week, Cliff Richard was also seen attending Wimbledon in a uniquely patterned jacket, ensuring all eyes were on him 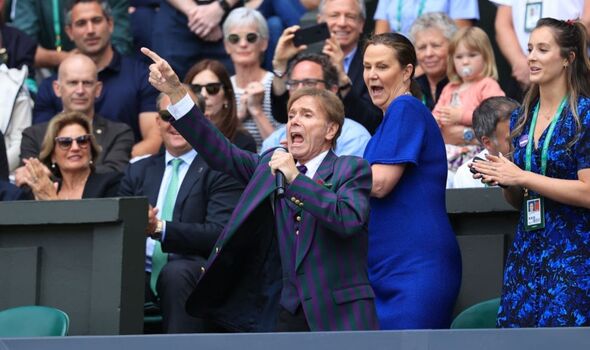 Cliff Richard in the audience 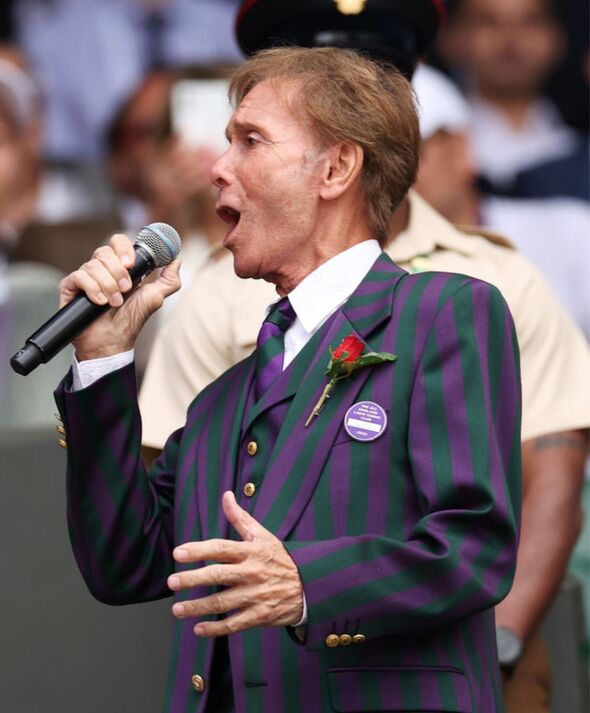 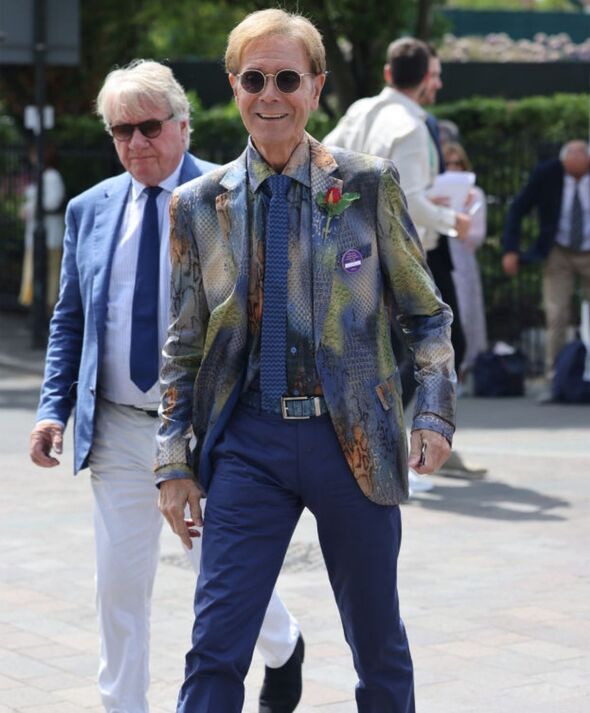 Cliff Richard ups the ante in the fashion department