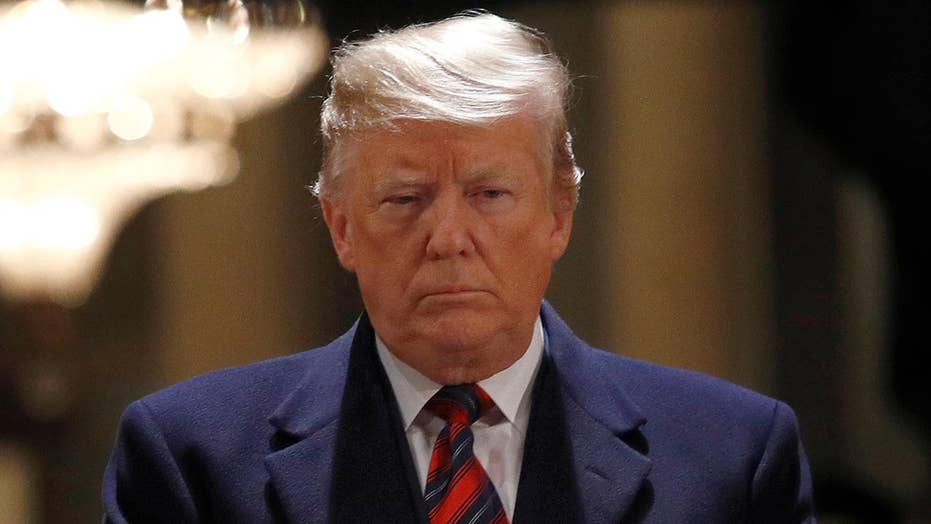 What would the late President George H.W. Bush have thought about the media’s actions? Panel reaction on ‘The Ingraham Angle.’

A CNN panel blasted President Donald Trump on Monday immediately following his visit to the U.S. Capitol where he paid his respects to former President George H.W. Bush.

Before President Trump and first lady Melania Trump appeared in the rotunda, CNN special correspondent Jamie Gangel began by insisting that the celebration of Bush’s life “sends a message” to Trump that “this is how it’s done.”

“Barack Obama, Bill Clinton, two Democrats- they called Bush 41 a gentleman, total class. This is the embodiment of just how different it can be,” Gangel told CNN anchor Anderson Cooper. “And that’s a message to Trump.”

Gangel criticized the current president moments after he stepped out of the rotunda, saying he doesn’t “mend fences” in the wake of the open hostility that took place between Trump and the Bush family.

“I think he’s doing this because he feels that he has to do it,” Gangel continued. “And I’m also assuming that General Kelly has had a big hand in it.”

While she told Cooper that the Bush family is “very appreciative” of this White House for their helpfulness since H.W. Bush’s passing, she squeezed in a few more jabs at the president.

“That said, I can’t help but wonder if there was a thought bubble over Donald Trump’s head just now,” she continued. “What he was thinking as he stood there.”

SMU Center for Presidential History Director Jeffrey Engel chimed in, “I have to imagine he was thinking, ‘How much longer do I have to stand here?’”

Gangel then insisted that Trump “had to be there” and predicted he won’t feel comfortable during Wednesday’s service.

“I think it’s interesting he did it because maybe he could have waited until the National Cathedral and then he saluted,” Gangel said. “It was somewhat theatrical in nature. But I can’t imagine that this is very comfortable… and I think it is going to be fascinating to watch the Cathedral on Wednesday and how he interacts with these other presidents and how he sits there during these eulogies.”

Cooper acknowledged to Engel that a sitting president often gives a eulogy at a former president’s funeral, noting that Trump will not be speaking at Wednesday’s service.

“I’m concerned that we shouldn’t give credit to someone for not kicking dirt on the grave of a person who just passed away,” Engel told to Cooper.

Gergen pushed back against the panel, insisting that “we shouldn’t question” Trump’s motives and that they should acknowledge when he’s “doing something right.”