Home » Celebrities » Coachella and Stagecoach Reportedly to Move to 2022

Coachella and Stagecoach Reportedly to Move to 2022 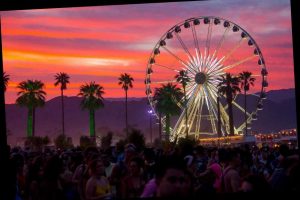 After a year-long series of postponements, Coachella and Stagecoach are moving again, to April 2022, a source close to the situation tells Rolling Stone.

Variety, last night, was the first to report the change, and Rolling Stone has confirmed the move. Coachella was originally due to take place in spring 2020, but the California music festival announced a move to October 2020 when the Covid-19 pandemic began shutting down events in the United States. It then shunted the two-week block of dates to April 2021 as the pandemic raged on. But Coachella had to scrap those plans, as well, after Riverside County health officials canceled the spring dates. While several sources said they expected a move to October 2021, Goldenvoice held off this time on announcing new dates.

Coachella Will Reschedule Its Dates — Again

The 50 Greatest Rock Memoirs of All Time

The source tells Rolling Stone that they heard from Goldenvoice directly that the promoter would officially announce the 2022 dates this Friday, and that Goldenvoice would issue a refund period so fans can get their money back. But, the source notes, this isn’t the first time Goldenvoice had told other industry players about new developments at the last minute, and the promoter may decide to hold off on announcing a change until more logistics are locked down.

Coachella is one of the world’s biggest and best known music festivals, selling hundreds of thousands of tickets each year and bringing in attendees from around the world. While Coachella likely won’t proceed this year, several smaller scale or regional festivals announced dates for the later summer and early fall: Outside Lands in San Francisco, for example, announced Thursday that it would take place on Halloween weekend this year, while Life is Beautiful in Las Vegas has dates locked in for September and sold out in record time.

The live music business, been dormant for a year since the pandemic began, has been emboldened by the Biden administration’s more aggressive timeline for vaccinations, with Live Nation recently telling investors it expects outdoor concerts to return this Summer. A full-scale return for concerts and tours, however, still seems more likely for the fall and 2022, several live music insiders have told Rolling Stone.