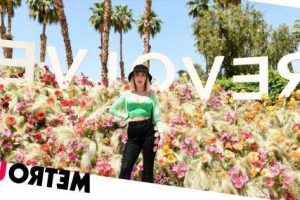 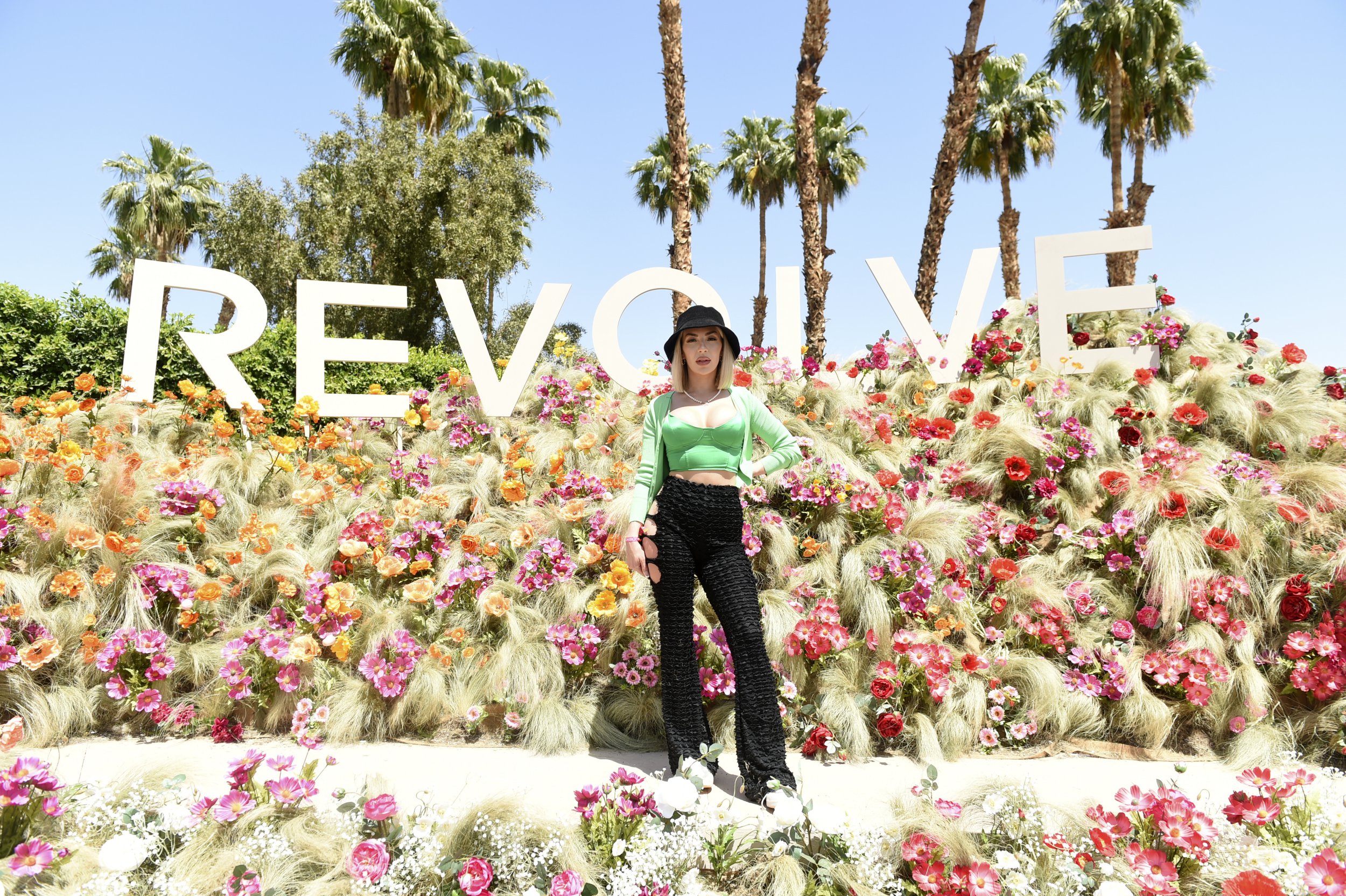 Organisers for Revolve, a Coachella event, have been forced to address complaints about chaos at the festival which drew comparisons to Fyre Festival.

Celebrities such as Kim Kardashian, Kendall Jenner and Halsey descended on the glamorous party, which was held near to the main Coachella music and arts festival in Indio, California last weekend.

However, many other non-VIP attendees appeared to show a different side to the event, where they were reportedly caught up in a Hunger Games-style fight for water, food and space on shuttle buses.

One TikToker complained: ‘The logistics of getting to the festival… out of [control].

‘There was pushing, shoving, shouting, yanking people in front of the buses. People standing in between the buses while they were moving! Just to get on these buses and get to the Revolve Festival.’

He wrote on social media: ‘Influencers stranded in the dirt with no water, under the hot sun for HOURS, waiting for buses that aren’t coming to bring them to actual festival,’ adding that there were ‘alleged fights, screaming, [and] everyone is dizzy’.

Responding to the criticism, a spokesperson for Revolve Festival said in a statement to E! News: ‘In anticipation of the high level of interest in attending REVOLVE Festival this year, REVOLVE worked closely with all appropriate city and safety authorities to ensure a safe and secure path for guests to access the two-day invitation-only event.

‘With an event of this magnitude, city regulations mandate an off-site location for guest check-in and parking, as well as licensed shuttle transportation to and from the venue. The off-site lot was set up with guest parking, as well as rideshare drop-off and pickup access with added WIFI for car booking, restrooms, shade, water, medics and security.’

They went on to explain that the event began reaching capacity late Saturday afternoon, and that shuttle access became limited in order to adhere to safety requirements. This meant waiting times were extended and some guests were unable to gain entry.

‘The safety of our guests is of the utmost importance to us and we will always make that a priority,’ they said.

The statement concluded: ‘We sincerely apologise to all the guests who were impacted. We always strive to provide a great experience and we promise to do better.’

Of course, the Fyre Festival comparisons were in relation to the infamous ‘festival-that-never-was’ in 2017, where guests struggled to get adequate food and drink or even shelter, despite being promised one of the most luxurious festival experiences.