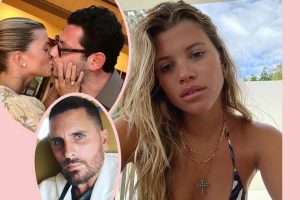 OMG! Huge congrats are in order as Sofia Richie just dropped the news that she is ENGAGED!

Her boyfriend of about a year, Elliot Grainge, popped the question in a candle-lit sunset paradise, as seen in her Instagram announcement of the wonderful surprise. She wrote:

In the second pic there, you get a good look at the ring.

But thankfully we have an even better one since pal Julian Kemper knew exactly what fans would want! He posted to his Stories: 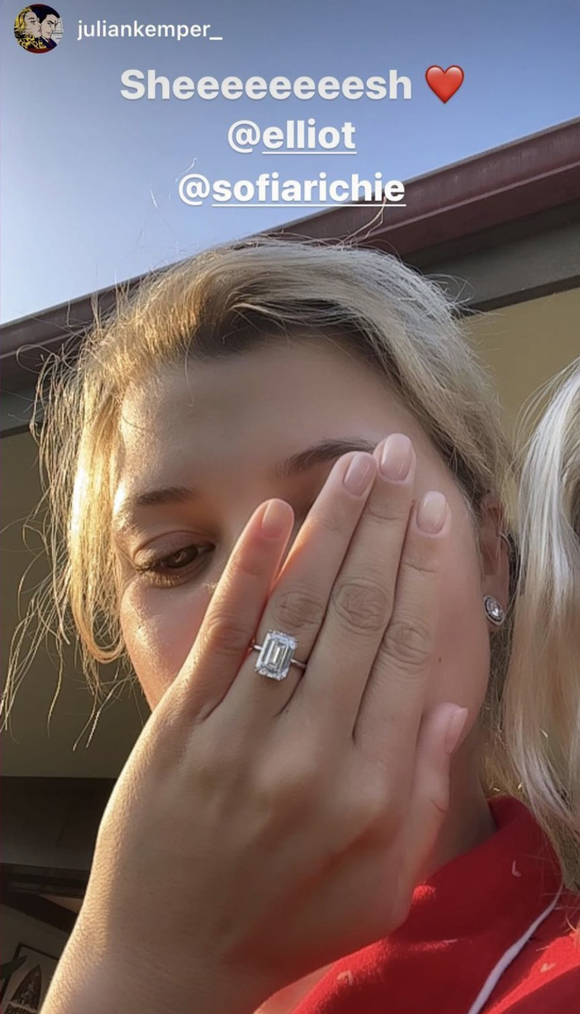 Niiiiice! The soon-to-be groom himself also posted a pic of the magical moment:

And big sis Nicole Richie was in on the party, too! She had the most hilarious reaction, writing:

“Can’t wait to find ways to make this about me” 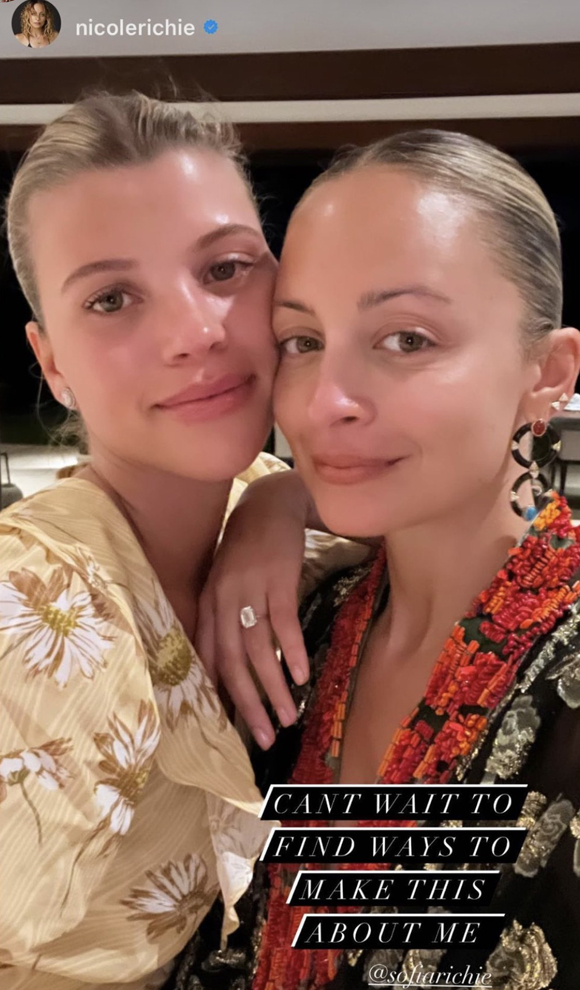 Sofia and Elliot first sparked relationship rumors in April 2021. They have a lot in common, both having grown up in music industry families. Elliot is the son of Lucian Grainge, CEO of Universal Music Group; obviously her father is the legendary Lionel Richie. Unlike her last boyfriend, Lionel approves of this one! An insider told E! News last year:

“He thinks they are a perfect match and it was very natural progression for Sofia and Elliot to get together. They are all family friends and Sofia and Elliot hanging out more recently this year. She thinks he’s hilarious and loves that he is a chill guy.”

Speaking of chill guys, we can’t help but wonder how Scott Disick will take the news. He and Sofia were together for around three years, from the time she was 19 years old. Despite the length of time spent together, it was never clear that he took the relationship seriously. But it still must hurt coming so closely on the heels of his other longtime girlfriend ALSO moving on and making a real commitment. After his decade-plus on/off affair with baby momma Kourtney Kardashian, she finally put the nail in the coffin of their will they, won’t they reality TV relationship by saying “yes” to boyfriend Travis Barker last year.

Scott must feel like a real Good Luck Chuck at the moment. A sort of always a bridesmaid situation, though admittedly one of his own making. Heck, is Amelia Hamlin next to get hitched??

In any case, that’s enough about Lord Disick. This moment should belong to the happy couple. Congrats and good luck, you two!!