Home » Celebrities » Constantine Maroulis and Paula Abdul Were ‘Very Close,’ but Never Hooked Up Despite Rumors

Constantine Maroulis and Paula Abdul Were ‘Very Close,’ but Never Hooked Up Despite Rumors 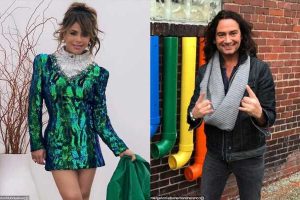 Setting things straight on the years-long speculation about his relationship with the singer/dancer, the ‘American Idol’ alum describes himself and the former judge on the singing competition as ‘just really close friends.’

AceShowbiz –Constantine Maroulis has finally addressed years-long rumors that he and Paula Abdul were more than just friends. Growing close to each other since he competed on “American Idol” for which she served as a judge, the two were rumored to have had a romantic relationship, which he denies.

“She is everything. And we were very, very, very close for many years. [But we] never, never hooked up, despite people thinking that,” the season 4 contestant of the singing competition show said in a recent episode of the “Behind The Velvet Rope with David Yontef” podcast. He admitted though, “We were just really close friends.”

Further describing his relationship with Paula, Constantine explained, “Like, I just care about her.” He went on gushing about the “Cold Hearted” singer, “She’s so delicate and sweet and just a kind, kind soul, you know? I don’t know how else to explain it. She’s just like this wonderful, wonderful person. And we stayed in touch for many years.”

During the interview, Constantine also reflected on his elimination from “American Idol”. Insinuating that it was rigged, he recalled, “I had a lot of friends on set saying I was getting insane votes.”

He went on alleging that his exit was an attempt to distract attention from the then-headlines about an alleged romance between Paula and season 2 contestant Corey Clark. “And remember they were running an expose on Paula Abdul on ABC at the time about her and Corey Clark or something,” he pointed out. “And that was getting a lot of buzz. And guess what happened that week? They voted me off the show. Smokescreen.”

The 45-year-old Broadway actor, however, has nothing against the show despite his seemingly unfair exit. “I just think it was good TV, looking back. Being a producer now myself, that’s what I would have done,” he confessed.