Home » Celebrities » Cuba Gooding Jr.'s Girlfriend Flips Out On Him in Florida Bar

Cuba Gooding Jr.'s Girlfriend Flips Out On Him in Florida Bar 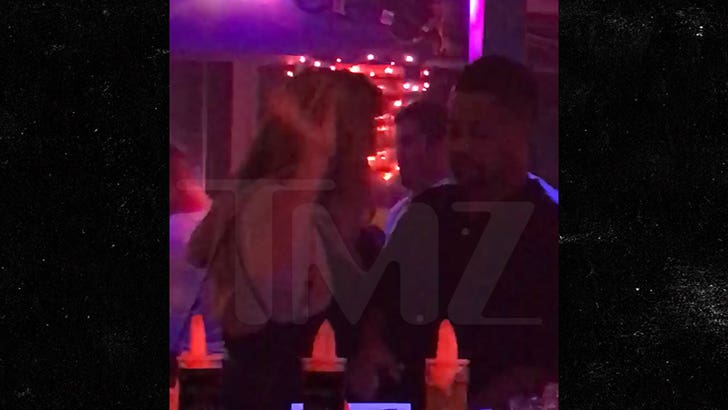 Cuba Gooding Jr. got confronted in the club again — only this time it was by his own girlfriend … who freaked out on him during what we’re told was her party.

CGJ was down in South Beach Saturday at Mango’s Tropical Cafe, where sources tell us he was celebrating his GF’s birthday. Her name’s Claudine De Niro — she’s the same lady who was with him when he first got accused of groping a woman in NYC this past June.

In video obtained by TMZ, you can see Claudine talking to Cuba at the bar … getting super close to his face and telling him something that seems to get her worked up.

While Cuba remained stoic in the convo … Claudine lost her s*** and knocked over at least one shot glass from the bar. Then, she cleared the deck of whatever else was on there.

It’s unclear what they were arguing over, but eyewitnesses tell us Claudine was removed from the bar after she got aggressive with security. As for Cuba’s side of things … his attorney, Mark Heller, tells us she got a “little overly playful” while partying with her beau.

As you know … Cuba’s been accused of sexual misconduct by several different women, for which he’s now facing criminal charges relating to at least a few of them, and some incidents were even allegedly caught on camera. He’s pled not guilty to all counts.