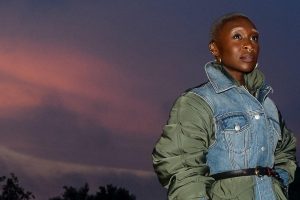 On Tuesday, when the nominees for the 73rd Primetime Emmy Awards were announced, Cynthia Erivo was in the middle of a photoshoot when her publicist suddenly came running up to hug her. “I looked at her and I was like, ‘What happened?’” the actress told ET of learning that she is up for Outstanding Lead Actress in a Limited or Anthology Series or Movie for her portrayal of Aretha Franklin in Genius: Aretha.

“Then I proceeded to bawl my eyes out and cry,” she continued. “It’s just an overwhelming feeling to be celebrated for the work that you’re doing, but particularly for this project, you know, being for Aretha Franklin… it just feels like we get to celebrate her a little bit more, you know?”

The recognition comes for her acclaimed turn as the Queen of Soul in the National Geographic limited series, which recounts Franklin’s efforts to record her first album with Atlantic Records and then covers major moments in her career and personal life in the two decades that followed. While the performer is just one Oscar shy of an EGOT, It also marks her first acting nomination for a Primetime Emmy after previously winning a Daytime Emmy for Outstanding Musical Performance in a Daytime Program for her performance in The Color Purple.

Recounting the rest of the day’s events, Erivo revealed that she tried to call best friend Michaela Coel, star and creator of I May Destroy You, which earned four nominations, but was unable to get ahold of the British actress. “We are very close friends and we’ve known each other for a very long time,” she said, adding that she then “called my partner, I told my sister, my best friend” as well as one of her mentors. “We just cried on the phone the entire time… So, it’s been a wonderful 24 hours to be honest.”

And the celebration continued into the next day, where she co-hosted the Saks Fifth Avenue summer party at the Parrish Art Museum alongside Saks CEO Marc Metrick. Decked out in an Alexander McQueen hybrid denim jacket and skirt from the brand’s Pre-Fall 2021 collection, along with Bottega Veneta platform leather mules, a stunning Erivo looked like she was ready for the red carpet.

“I just felt like today was the right time to wear something like this. It’s, like, right at the intersection of dressed up and cool and edgy all at once,” she said, adding later, “For me, there’s no excuse, there was no reason why I couldn’t get dressed up. If it was to walk to the kitchen, then I would have an outfit for it.” 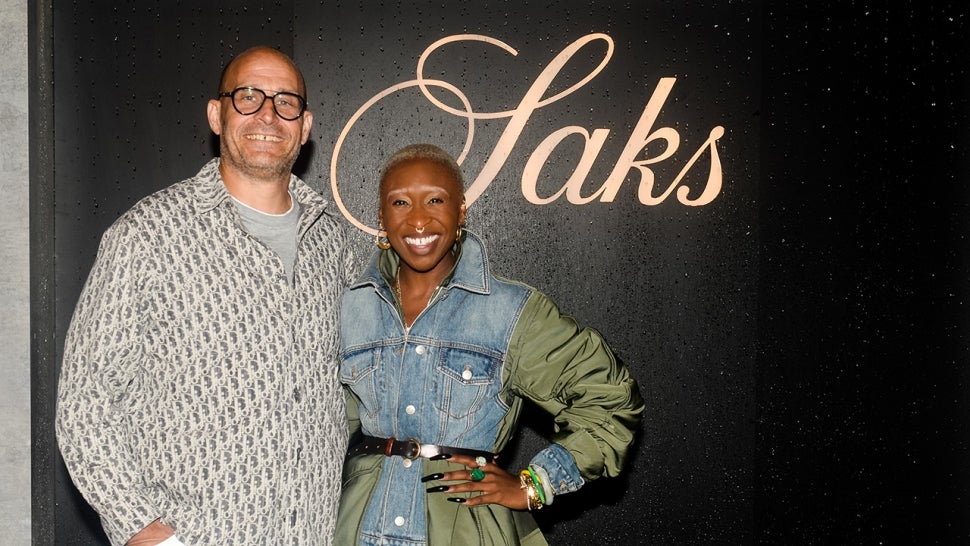 While still abuzz over the nomination, Erivo shared that the role and recognition comes with a sense of duty “to reintroduce Aretha the human being. We all know her as the star and there are people who know her music, recognize the sound of her voice, but I don’t know that people recognize her as a person.”

Of course, Genius is not the only project celebrating Franklin’s life. Coming out in August is Respect, a biopic starring Erivo’s former Color Purple co-star, Oscar winner Jennifer Hudson. While the two haven’t discussed any tips about portraying the icon, Erivo noted that the project “means a great deal to her and I’m really excited to see her film. I know that she misses Aretha.”

She added, “It’s a very special thing to be able to have more than one iteration of her life, ‘cause rarely do we get to celebrate our Black icons [in the way] that we are now, and to see that there’s more than one at the same time is a really wonderful thing.”

Looking ahead, Erivo has even more to be excited about. She’s playing the Blue Fairy in the upcoming live-action adaptation of Pinocchio, which also stars Tom Hanks and Luke Evans, and is set to star in a remake of the 1979 film, The Rose.

When it comes to the former, the actress said that “it’s a dream come true. You know, a lot of us young ladies wish to be in a Disney movie and to be able to play a fairy is special… I’m really excited for people to see it.”

And as for tackling a role that earned Bette Midler a Best Actress Oscar nomination, in The Rose? “This is beyond a dream,” she said. “I love Bette Midler and to be stepping into the shoes that she beautifully created is a dream come true. And I got a little seal of approval from her, which is really cool. We exchanged emails and she sent the most wonderful email back.”

In the meantime, fans wanting to see Erivo in person can catch her at the Hollywood Bowl on July 30, where she’ll be performing covers of Franklin, Nina Simone and other female legends as well as selections from her forthcoming debut album. “You’re gonna hear me singing a lot. I picked a set list of songs by women who have performed songs or written songs that have inspired me over the years,” she said, adding, “I’m really looking forward to giving people some music and hopefully giving them a good night to remember.”

Meanwhile, here’s hoping Sept. 19 proves to be a night Erivo will remember, when the 73rd Primetime Emmy Awards will be hosted live by Cedric the Entertainer on CBS and Paramount+.