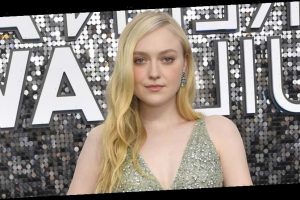 Dakota Fanning glams up in a light green dress at the 2020 Screen Actors Guild Awards on Sunday (January 19) at the Shrine Auditorium in Los Angeles.

The 25-year-old actress stepped out for the event in support of her newest movie, Once Upon a Time in Hollywood, which is nominated for several awards including Lead Actor and Supporting Actor.

PHOTOS: Check out the latest pics of Dakota Fanning

The film is also nominated for Outstanding Performance by an Ensemble.

Some of our favorite stars like Joey King, the young cast of Jojo Rabbit, and the stars of Stranger Things are nominated for awards this year. Make sure to tune in tonight at 8pm EST / 5pm PST on TNT and TBS.