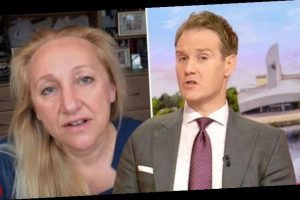 BBC Breakfast: Dan Walker says he 'warned' office he may not make it

BBC Breakfast presenter Dan Walker, 43, responded to Professor Claire Hopkins after she queried why her title was taken away on the header, when she appeared on the show today. The guest was introduced as an ears nose and throat surgeon, as part of a segment discussing coronavirus symptoms.

Why don’t we get treated in the same way?

Later on in the show, Professor Nirmal Kumar, who has the same job as Claire, took part in a live discussion and was introduced with his title.

After the show, Claire took to Twitter to accuse the show of “unconscious bias” and queried why she hadn’t been treated in the same way.

She went on to point out the same mistake had been made during a previous appearance on the show.

The guest shared a picture of her and Professor Nirmal, comparing what had been written for viewers. 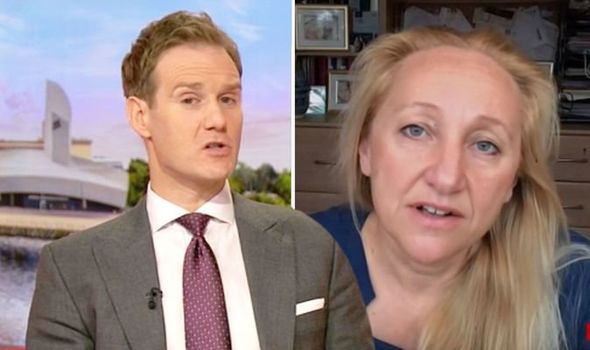 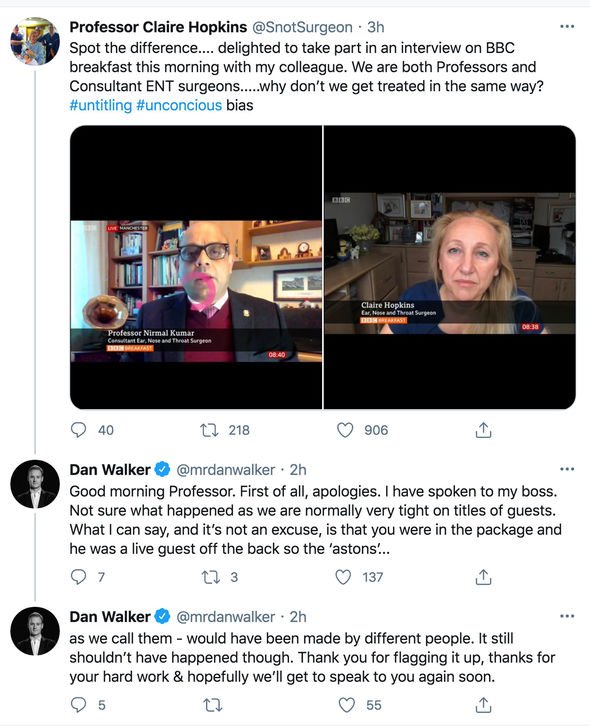 She wrote: “Spot the difference…. delighted to take part in an interview on BBC breakfast this morning with my colleague.

“We are both Professors and Consultant ENT surgeons…. why don’t we get treated in the same way? #untitling #unconcious bias.”

In response, Dan apologised and said he had spoken to his boss about the error, but admitted he was “not sure what happened”.

“We are normally very tight on titles of guests,” he added. 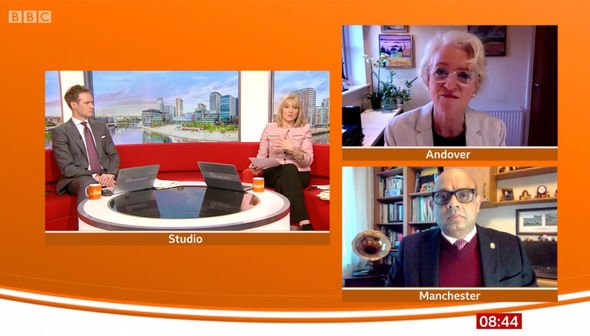 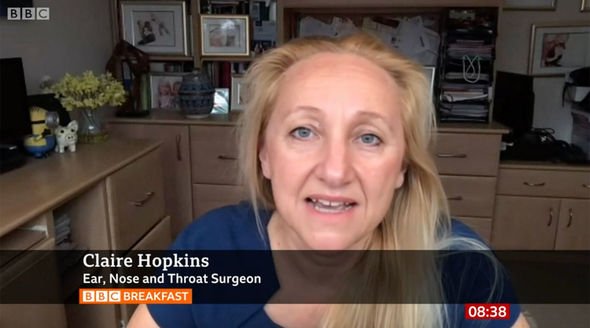 “What I can say, and it’s not an excuse, is that you were in the package and he was a live guest off the back so the ‘astons’ as we call them – would have been made by different people.

“It still shouldn’t have happened though. Thank you for flagging it up, thanks for your hard work & hopefully we’ll get to speak to you again soon.”

Claire thanked Dan for his apology, but went on to point out the same mistake had been made previously on the show.

She went on to say: “Same thing happened when you introduced me during a live interview last year too, when you spoke with ‘Claire and Professor Semple’… when coming on to give an expert opinion, titles matter.

“Everywhere else, I’d be delighted if called me Claire.”(sic)

In response, the BBC Breakfast host said he “realised” his mistake at the time and believed he had apologised.

He replied: “I think I apologised to you at the time too if I remember – which doesn’t make it easier because that is now twice.

“Today I called your fellow Prof ‘Nirmal’ which was also in error. I know if probably feels like an issue but I can assure you that this is something we are normally hot on at breakfast.(sic)

“Anyway, I’m sorry you’ve had to tweet about this and I hope this is the last time.

“I’m annoyed on your behalf because I know how hard you have worked and trained to get to where you are.”

She replied: “I’m sure we have all made similar mistakes many times over – it will take many years of conscious effort to overcome centuries of inequality and gender stereotypes.

“Thank you for recognising it (twice) and here’s hoping for third time lucky.”(sic)

A BBC spokesperson told Express.co.uk: ‘We have contacted Professor Hopkins and explained it was human error.”