Daniel Craig Suits Back Up as James Bond For Red Nose Day! 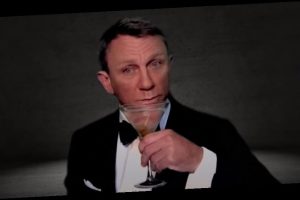 Daniel Craig once declared that he won’t be reprising his role as James Bond after No Time To Die…but it looks like he broke that promise!

The 53-year-old actor has reprised his role as the iconic spy for Comic Relief’s Red Nose Day.

The sketch reveals what happens when Nan meets Bond while cleaning the office of the head of the Secret Intelligence Service.

Red Nose Day aired on Friday on BBC One, and the three-hour comic relief special raised around $90m so far to help tackle issues such as hunger, homelessness and mental health stigma.

The skit comes just a few weeks after it was announced that No Time To Die was delayed again, and will now be premiering in theaters in October.