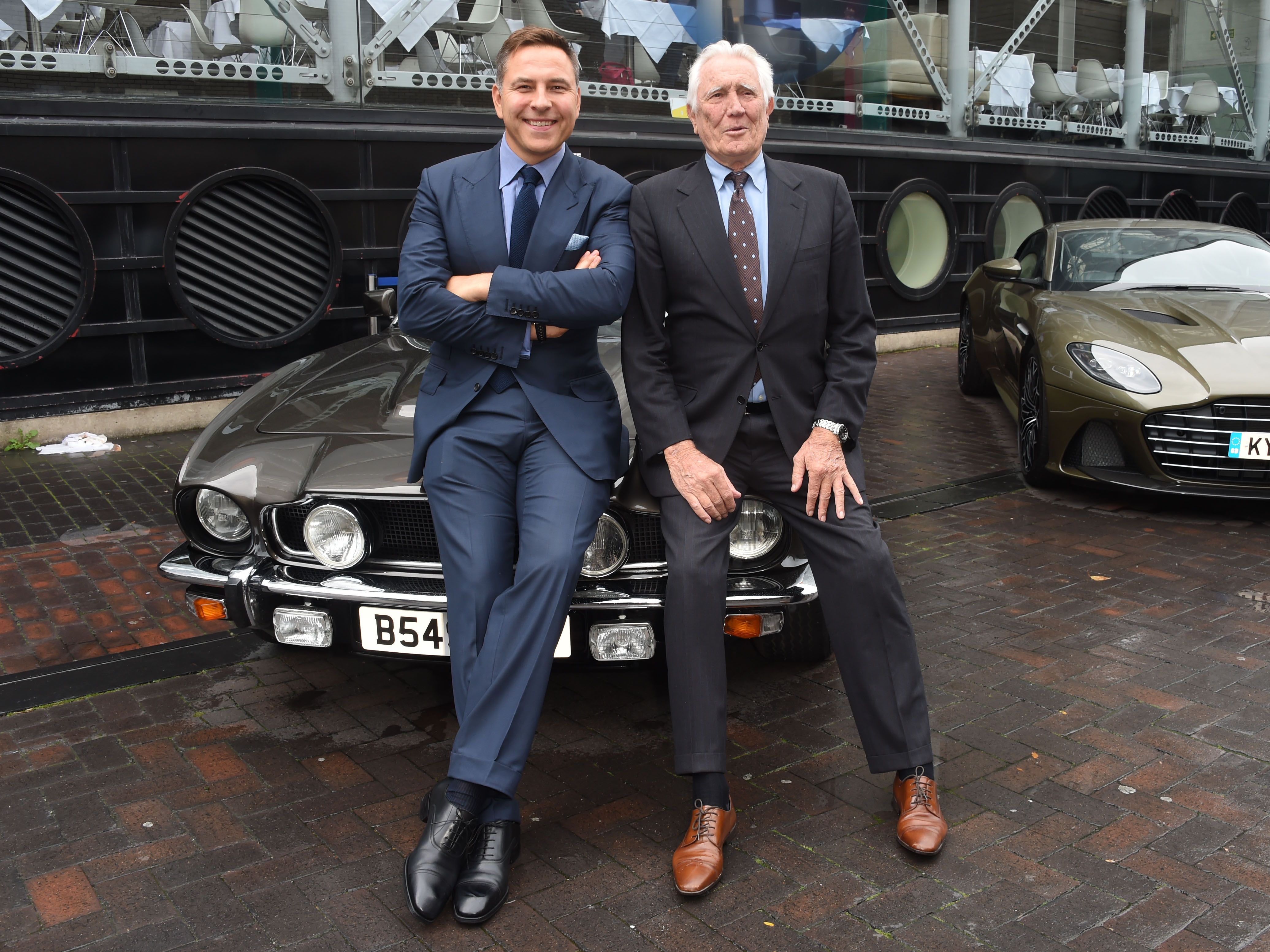 The charity single is being released in memory of the late James Bond legend, Sir Roger Moore and is to raise vital funds for UNICEF.

The video – which is believed to be the biggest lip-syncing collaboration ever made – stars a host of global celebrities, including Sir Michael Caine, Dame Joan Collins, Paris Hilton, Stephen Fry, Graham Norton, singing along to the tune. It also features the last filmed sequences of Moore.

Co-written and sung by Moore’s son, Geoffrey, with the legendary Nile Rodgers, Glee star Naya Rivera and dancer Julianne Hough, and with a video co-produced by his granddaughter, Ambra, the catchy single, U.N.I (You & I), is a playful celebration of friendship and togetherness.

Speaking about the collaboration, David said, “Geoffrey and Ambra have done a wonderful job in bringing us all together to create something that will not only make you smile but raises awareness for a great cause. There is nothing better than combining humour and comedy in support of charity, so make sure you donate and download.”

A donation from sales and downloads of the original single will go to UNICEF, an organisation for whom the actor was a Goodwill Ambassador from 1991 throughout the rest of his life.

Geoffrey said, “Making this single was a hugely enjoyable experience and it’s brought together many of my dad’s closest friends and our family. Now we want to use it to raise money for a good cause. My dad was a huge supporter of UNICEF and the wonderful work they do for children around the world and I’m proud of the legacy he has left us.”

Joanna added, “This project was so much fun to be part of. It’s great to be featured alongside so many others and I hope our involvement can help take this brilliant idea to a global audience, so we can raise money and awareness for a great cause and honour a great friend.”

END_OF_DOCUMENT_TOKEN_TO_BE_REPLACED

END_OF_DOCUMENT_TOKEN_TO_BE_REPLACED
We and our partners use cookies on this site to improve our service, perform analytics, personalize advertising, measure advertising performance, and remember website preferences.Ok