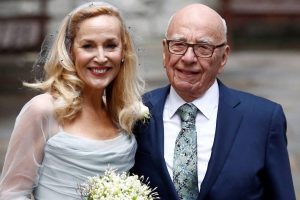 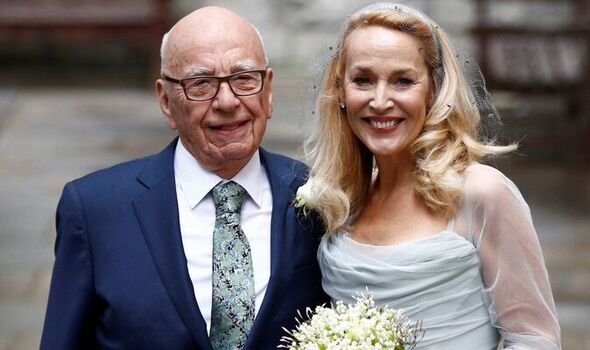 The model, who celebrates her 66th birthday today, had been waiting in Britain to be reunited with the billionaire. But instead, Murdoch, 91, is reported to have emailed to say their marriage was over.

She told a friend: “I still love him. I am devastated.”

Legal papers are yet to be filed for their divorce. They were married in 2016.

Jerry was told by Mr Murdoch, who is worth £14billion as the chairman and chief executive of News Corp, she should only speak to him through his lawyers.

Sources claim the problems started during the pandemic. Jerry dubbed herself Mr Murdoch’s gatekeeper during the coronavirus crisis and would joke she was like “the Covid police” in trying to protect him from the virus.

But she believes his family thought she had taken the step in a bid to cut their regular contact with the mogul.

“They thought that Jerry was keeping them from him,” said a friend.

“She does blame the children for souring the marriage. They had a lot to say about it and a role in his personal life which she found a nasty surprise. Clearly, they mistrusted her.”

Discussions took place earlier this year with Jerry and the rest of the family over what she would get when Mr Murdoch died.

They felt no extra offer should be made after she and her husband signed a prenuptial agreement.

The source added: “Jerry is truly devastated by what has happened and insists that it was all a bolt from the blue.

“One day they were making plans to be together for the summer in London, then there was this message instructing her to only contact him via lawyers.

“She is in the house in Henley and is spending time there with [daughter] Lizzie and her grandchild. Everyone feels sorry for her about how it has worked out but nobody is more sorry than Jerry because she honestly loves him still.”

The source insisted: “She thought that they had a really happy marriage and she was in love with him.”

Jerry, who has four children – James, Lizzie, Georgia May and Gabriel – with Rolling Stone Sir Mick Jagger, first started dating Mr Murdoch in 2015.A spokesman for the businessman did not comment.