Tough crowd! Diehard Philadelphia Phillies fan Bruce Willis’ dream came true when he was invited to throw the ceremonial first pitch at the National League team’s game against the Milwaukee Brewers on Wednesday, May 15. However, he didn’t quite get the reaction he likely hoped for.

When the Die Hard actor, 64, pitched a baseball to Phillies player Aaron Nola, it bounced off the ground just in front of home plate before Nola, 25, caught it in his glove. Willis seemed unbothered by the minor flub as he walked over to the pitcher and shook his hand, but the Phillies fans inside Citizens Bank Park were less forgiving. Several members of the crowd started booing as the Golden Globe winner walked off the field. 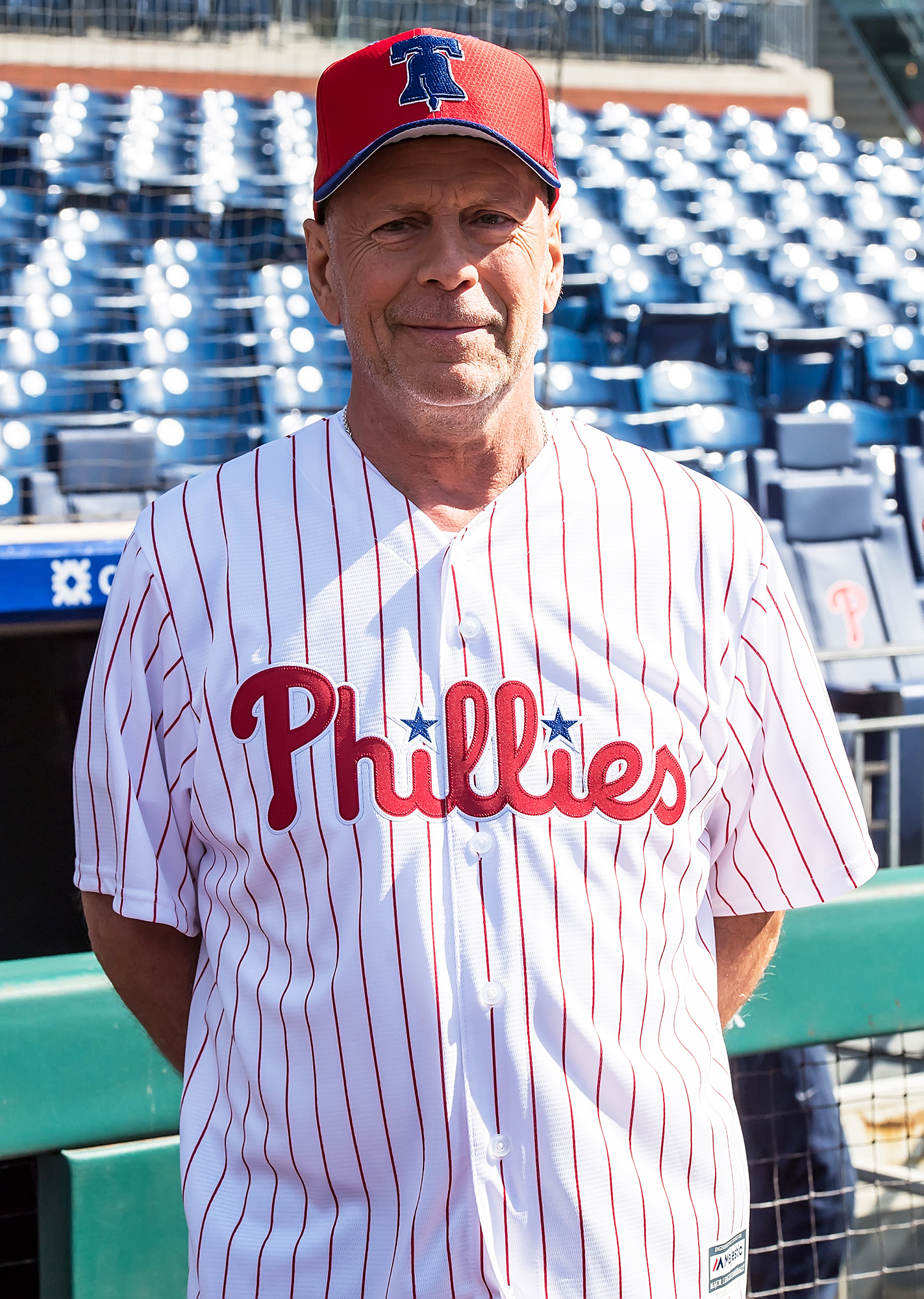 Earlier in the day, Willis participated in batting practice against Phillies third base coach Dusty Wathan with a bat borrowed from outfielder Nick Williams.

“I just like to hit the ball,” the Moonlighting alum, dressed in a Phillies pinstripe jersey customized with his last name on the back, told the Associated Press. “I just like the noise. I grew up with the Phillies.” 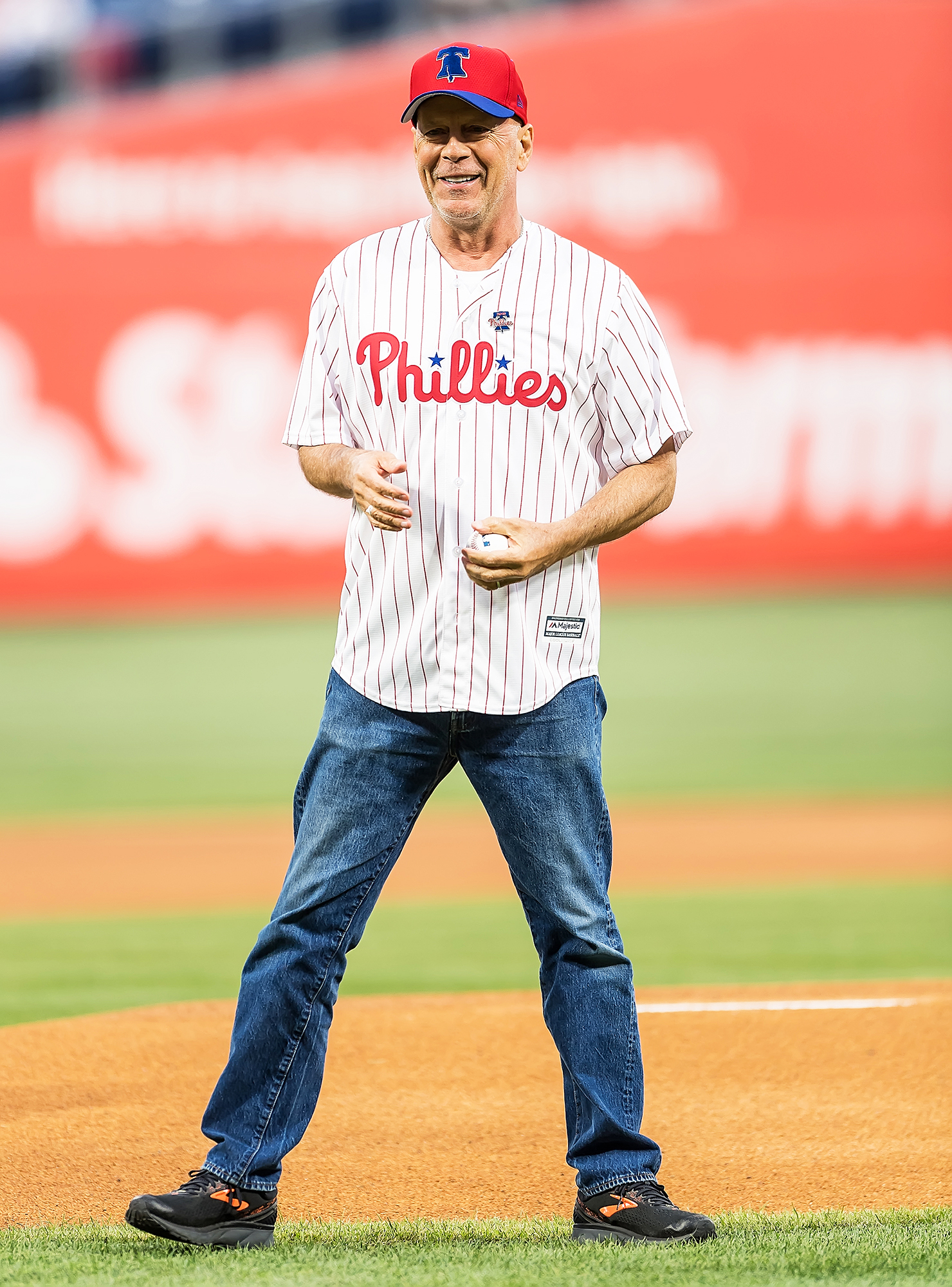 Willis also chatted with Phillies first baseman Rhys Hoskins and team manager Gabe Kapler during his visit to the stadium on Wednesday. During their conversation, they debated the hot topic of whether Die Hard can be classified as a holiday film.

“I maintain, not a Christmas movie,” Kapler, 43, asserted to reporters in his office, per the AP. “Aren’t most Christmas movies centered around the celebration of Christmas in some way or another?”