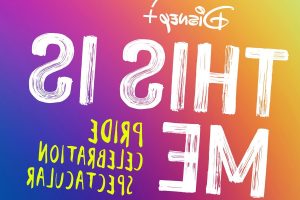 The streaming service will premiere This is Me: Pride Celebration Spectacular on June 27th, featuring performances from current and past Disney stars, RuPaul’s Drag Race alums and more.

RPDR Season 11′s Miss Congeniality Nina West will serve as the host of the event, which will feature one-of-a-kind musical performances of songs from the iconic movies and series available to stream on Disney+, reinterpreted through a LGBTQ+ lens.

“At Disney+, we believe in the power of inclusive storytelling to bring us together and inspire us to live authentically,” Joe Earley, global head of Marketing and Content Curation for Disney+, shared in a statement. “We are committed to amplifying the voices of our LGBTQ+ creators and talent, and platforming content that reminds people to love loud – and sing louder – in this special event.”

The concert will raise awareness for GLSEN, a nonprofit that The Walt Disney Company is proud to support, that works to ensure that LGBTQ+ students are able to learn and grow in a school environment free from bullying and harassment. The Walt Disney Company proudly contributes towards organizations that support LGBTQ+ communities and people.

Disney+ subscribers can also discover LGBTQ+ characters and stories in the “Celebrate Pride Month” section on the streaming app. In addition, in honor of Pride month, the Pixar SparkShort OUT is now available to watch on YouTube!

In case you missed it, check out the latest Disney+ news right here.