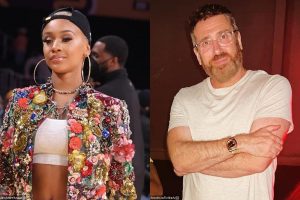 The YouTube star has since blamed a journalist who told him that the ‘Ice Girl’ hitmaker wouldn’t do interview with him, while the raptress accepts his apology.

AceShowbiz –DJ Vlad is making sure that there’s no bad blood between him and Saweetie after his nasty comments on her rumored low album sales. The interviewer has apologized to the raptress after he called her out for allegedly turning down an offer to appear on his show.

“Oh and @Saweeetie I apologize for my comment about your mixtape sales,” he penned on Saturday, November 26. Praising her response to his snarky remarks, he added, “The way you responded to me showed class & professional. I’m honored that you are a fan of VladTV. Being from the Bay Area, I love when Bay artists win and consistently go out of my way to interview them.”

His tweet wasn’t missed by Saweetie, who has since accepted his apology. “Apology accepted,” she replied. “Keep up the great work!”

Previously, Vlad blamed the rumored low album sales for her new EP “The Single Life” on Saweetie for turning down an interview on his platform. “If Saweetie did a VladTV interview she would have easily done 10x her first week sales, which was 2000 copies,” so he claimed. “We actually reached out through one of our people and were told ‘she won’t do Vlad’. Her loss.”

Denying that someone from Vlad’s team reached out to her for an interview, Saweetie responded, “Actually, I been a big fan & have screen recorded my favorite episodes. Here’s one of them. Dates on the top.” She added, while sharing a screenshot of a VladTV interview with Snoop Dogg she has saved on her phone. “So if anyone ‘reached out’ it wasn’t to me or my team, Dj Vlad. Happy Thanksgiving.”

“Thank you for the kind words, but actually, it is your team,” he wrote back. “Your publicist at Warner Bros is the one who blocked the interview. Same publicist who set up your interview with Shirley Ju. This is what happens when you have bad people in your corner making decisions on your behalf.”

Vlad also shared a screenshot of a text message from journalist Shirley Ju, who recently interviewed Saweetie, that read, “her publicist doesn’t like vlad. she told me she wouldn’t ever have her artists do it. i’m sorry.”

He added in a follow-up tweet, And for everyone who’s asking, the publicist I’m speaking about who blocked interview requests behind Saweetie’s back is @warnermusic Senior Vice President of Publicity Aishah White.”

Shirley later shares her side of the story, “vlad first offered me $10k to book saweetie. He got butthurt it was a pass so he decided to escalate things. In this text, you can see he said ‘i’ll choose violence.’ HE SAID VIOLENCE.”

Vlad has since blamed Shirley for the missed opportunity to interview Saweetie. He announced on Twitter that he’s cut all ties with the journalist, saying, “Shirley Ju will no longer be doing interviews on VladTV. I apologize to all the VladTV viewers for the interviews she’s ruined over the past year.”

Clapping back, Shirley responded, “Lmfao dissed? How about he deleted his tweet cus he’s a little b***h & knows he f**ked up! Dragging 2 females in the music industry is CRAZY!!!!!”

Meanwhile, Saweetie has clapped back at those mocking her for her alleged low album sales. “hate parade… i must be that b***h!!! [blowing kiss emoji],” she tweeted on Saturday. “i make music for pretty b***hes! if you can’t relate i understand.”

In response to an aspiring artist who mocked her low sales forecast by replying, she savagely wrote, “i hope all 2,000 support you babes.”

DJ Akademiks brought the report of the first-week sales projections for Saweetie’s album. The blogger said that “The Single Life” only sold 2,000 units in its first week, though he cannot verify the report.