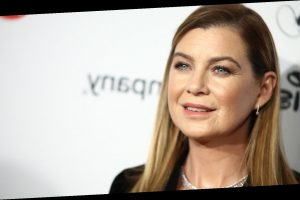 Over its 15 years on the air, Grey’s Anatomy has offered an endless supply of medical drama, with the heroic staff of Seattle Grace Hospital saving the lives of a lion attack survivor, a patient with toxic blood, and a prisoner with a gun stored in a very unexpected place, not to mention thousands of other over-the-top scenarios (per Screenrant). Most recently, though, the show has taken on a medical catastrophe more likely to ring true for frontline healthcare workers this year: COVID-19. Just as doctors and nurses in emergency rooms across the globe are handling more sick patients than they can treat, without enough personal protective equipment to keep themselves safe, so, too, are Dr. Meredith Grey, played by Ellen Pompeo, and her colleagues.

So how accurate is the Grey’s portrayal of a pandemic-era ER? The List interviewed Dr. William Lang, former White House doctor and current Medical Director of WorldClinic, to get a reality check. Lang had some issues with the show. Most notably, Grey’s is portraying the early days of the pandemic – not late 2020. The episodes that have aired this season “capture the sense of the late spring of this year, when many doctors, nurses, respiratory therapists, etc., felt like the game was rigged against them,” Lang explained. Fortunately, because of medical advances over just the past few months, “more people can deal with stress much more effectively than when winning or losing feels like it is out of their hands.”

Another inaccuracy, according to Lang, was how Tom’s positive COVID test was handled. “When Owen notifies Tom that he is positive, Owen tells him that he is quarantined for 14 days. The CDC guidance is 10 days of ‘isolation’ for someone who tests positive (longer if symptoms are not improving or the person remains with a fever), and people with COVID are ‘isolated’ not quarantined,” Lang explained. “Someone who is exposed to an infectious disease — but unknown if they are infected or not — are ‘quarantined.'” In fairness to the show’s writers, Lang added, “they do say ‘hospital policy,’ and, certainly, hospitals are free to set whatever policy they want, but generally, healthcare institutions are looking for ways to get people back earlier than later.”

One thing Grey’s Anatomy got right in this clip, though, were the doctors’ emotions. “More importantly, the character feeling overwhelmed with the number of deaths is portraying an unfortunately not-uncommon feeling from the early days of the disease before we had the knowledge and tools to decrease deaths,” Lang said. “Especially in urban hospitals, what she described was not uncommon, in that people would go from being flu-like to extremely ill and dying relatively quickly.”

Meredith's lung CT scan would worry a real-life doctor, too

One of the more dramatic moments in the pandemic-era Grey’s Anatomy was when Maggie was reviewing Meredith’s lung CT scan. She expresses concern because the lungs look like they are about to “turn.” Lang feels that this scene did ring true — for the most part. “This is a fairly accurate portrayal,” Lang said. “The only minor comment is that the lung appearance on CT scan can often be described as being much worse than the clinical status.”

Still, Lang completely agreed that a doctor would be concerned if a patient, particularly someone they cared for, was reviewing test results similar to Meredith’s. “No question that the bad CT scan picture is a forerunner to potentially doing poorly, so this is not an unreasonable portrayal,” Lang said. Plus, anxieties about many diagnostic tests would have been heightened because so little was known about the outcome of coronavirus at the time these episodes were scripted and shot. That level of drama and uncertainty “hasn’t been the case since the early days,” he added. “Let’s hope that the fallout to people dropping their guard for the holidays (as we seem to be seeing in relation to Thanksgiving) does not bring us back to the overwhelming numbers of the spring.”

END_OF_DOCUMENT_TOKEN_TO_BE_REPLACED

END_OF_DOCUMENT_TOKEN_TO_BE_REPLACED
We and our partners use cookies on this site to improve our service, perform analytics, personalize advertising, measure advertising performance, and remember website preferences.Ok