Does Henry Golding Have Tattoos? 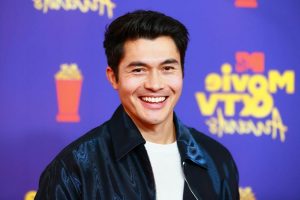 Henry Golding is one of the actors who reached a new height of fame after Crazy Rich Asians. He soon went on to star in another romantic comedy with Emilia Clarke. Recently, he switched genres and landed a role in Snake Eyes.

The actor quickly gained a lot of fans, and people wanted to know more about him. One question on people’s minds was whether Golding had any tattoos. He gave his response in a video.

The cultural significance of Iban tattoos

The Rakyat Post details the history of traditional Iban tattoos. In the tribe’s folklore, tattooing came about when a man named Gendup went into the jungle. He came across the house of tattoo spirits, who introduced him to the art form.

For the Iban tribe, the members believe that tattoos are a way to ward off evil spirits. Also, the Gods would be able to tell that they exist and grant them access to the afterlife. The Iban each have their own design and motif that is significant to them.

For some, the tattoo carries memories of a deceased loved one. Other Iban people use the design of the Borneo Scorpion to gain protection during battle. Many people in the culture use Iban tattoos as a way to connect with their heritage.

The process begins with the artist consulting the spirits to reveal a design. Then, a few bamboo splinters get attached to a piece of meteorite or animal bone. The artist dips the needles into the pigment. The person taps the inked needles into the skin with a mallet.

Golding went from playing a romantic lead to fighting as a G.I. Joe character. Some people believe he might be cool enough to play James Bond. Others might think he is more of a perfect fit for the role upon learning about his tattoos.

In a video by WIRED, Golding reveals that he has plenty of tattoos. He says that he comes from the Iban tribe in Malaysia. The actor points out where the tattoos are on his body, with a large one on his right thigh.

“I got tattoos on my shoulders, my ribs, on the sort of inside of my arms, not knowing that I was going to be an actor,” Golding explains.

Normally, he would not have a problem with his tattoos. However, they present an issue when it comes to covering them up before filming. The star has to come in a few hours earlier for the makeup department to hide them all.

Henry Golding is proud of his tattoos

Since getting all of his tattoos covered can be annoying, Golding stated that he does not plan on getting any more of them. However, it does not mean that he regrets having them. According to the Rojak Daily, Golding is proud of his Iban tattoos.

“For all the Iban around the world, the ‘Bunga Terung’ is a part of our identity… Be proud of your history,” Golding tweeted in response to a Twitter thread. He also got to show his wife his identity when they got married in Sarawak, Malaysia, where a part of the tribe resides.

Golding’s shoulder tattoos are of a motif called the Bunga Terung. The Bunga Terung represents the coming of age for a young Iban man. The tribe believes the motif will aid the men in their travel for new knowledge and experiences. The journey is called the “berjalai,” or walk.

The actor also appeared in a documentary series, and he showcases his Iban heritage. Golding also describes his own berjalai in the six-part series.