Home » Celebrities » Does Prince William Get Along With Kate Middleton’s Mother?

Does Prince William Get Along With Kate Middleton’s Mother? 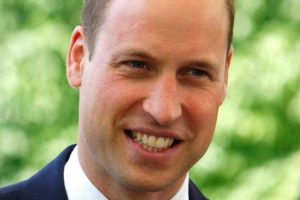 Having lost his mother, Prince Diana, at age 15, Prince William spent most of his life without a mother figure by his side. The Duke of Cambridge and second in line to the British throne is also said to have a complex relationship with his father, Prince Charles, considering both work together and the latter is largely responsible for controlling his sons’ finances. “Tension between Charles and the boys has always surrounded money, because Charles is the one who holds all the power,” a palace source told People.

In addition, William’s relationship with his only sibling, Prince Harry, is infamously strained and has been for years, a rift that has steadfastly intensified over the years. In fact, William and Harry reportedly couldn’t contain their animosity even during the funeral of their grandfather, Prince Philip, in April, according to People. Though the brothers chatted amicably outside St. George’s Chapel, they began to argue as soon as they went inside, per the publication. “There they were, at each other’s throats as fiercely as ever,” a family friend told The Daily Mail. Unsurprisingly, the upcoming reunion for the unveiling of Lady Di’s status in July has been raising public interest, as Parade pointed out.

Without strong ties with neither his father nor his brother, William has largely focused on the family he is raising with Kate Middleton, who has a tight relationship with her immediate family, particularly her mother, Carole. Keep reading to find out how William feels about his mother-in-law. 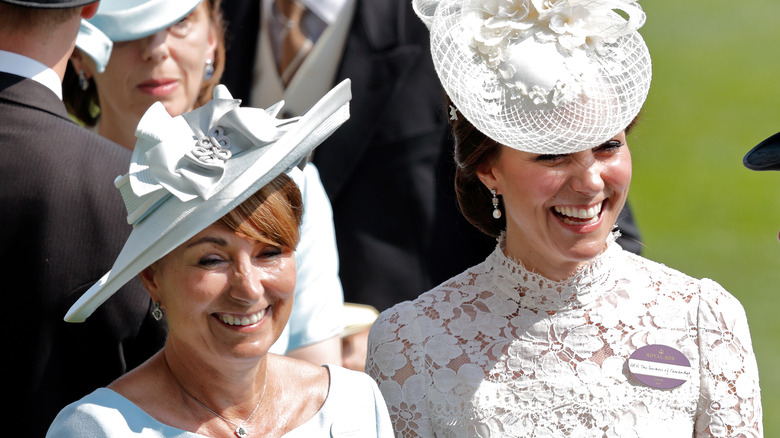 Unlike her husband, Prince William, Kate Middleton grew up away from the spotlight and in a traditional, loving family. The Middletons proved to be strong and stable even as they were thrown in the public sphere when things between Kate and William got serious in the early to mid-2000s. In fact, the family matriarch, Carole Middleton, offered William what he had lacked since his teenage years; a mother figure. According to The Sun, the Duke of Cambridge sees her as a “second mom” who has brought “a real sense of normality amid any chaos.”

Royal biographer Angela Levin emphasized that Carole taught William by example the dynamics of a cohesive family, per the publication. Levin pointed out that even though Princess Diana was a loving mother, she treated William like a friend and confidant, talking to him about issues like her love life. “[Carole] made him feel secure, comfortable and protected and he didn’t have to worry about what he said or be responsible for her emotions,” Levin said. “Carole relieved William of such burdens by accepting him for who he was rather than what he was.”

In addition to practical help, like watching the kids, Carole also provides both Kate and William emotional support as they navigate royal life. “William learnt through the Middletons how a loving and supportive family works. It has been the bedrock of making Kate loving, calm and confident,” Levin added, per The Sun.