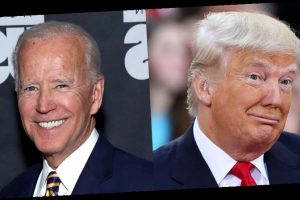 Twitter has confirmed that they will hand the @POTUS, @FLOTUS, @PressSec, and other official accounts to the Biden administration on Inauguration Day.

After losing the presidency, Donald Trump is officially going to lose one of his Twitter accounts.

Twitter archived Obama‘s tweets to @POTUS44 on Trump‘s Inauguration Day and it’s likely that the current president’s tweets will transition to the @POTUS45 account on January 20, 2021.

“Twitter is actively preparing to support the transition of White House institutional Twitter accounts on January 20th, 2021,” Twitter spokesperson Nick Pacilio told Politico. “As we did for the presidential transition in 2017, this process is being done in close consultation with the National Archives and Records Administration.”

People were surprised to see what Trump DIDN’T tweet about on Friday night.

END_OF_DOCUMENT_TOKEN_TO_BE_REPLACED

END_OF_DOCUMENT_TOKEN_TO_BE_REPLACED
We and our partners use cookies on this site to improve our service, perform analytics, personalize advertising, measure advertising performance, and remember website preferences.Ok