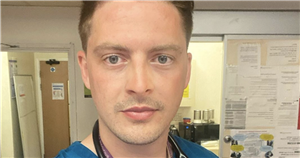 The NHS doctor is now a Youth Mental Health Ambassador and he has told his 1.9 million followers that vile trolls need to leave the contestants alone.

In a post, he wrote: “I am shocked and appalled at what we have witnessed online over the last few days. I am saddened to see how much negativity and hate there has been online during this series of Love Island.”

The doctor continued: “Hard to comprehend that people are sending death threats and encouraging contestants to ‘kill themselves’ just because they don’t like what they are seeing on screen.

Dr Alex, 27, knows all about living in the bubble of villa life from his time as a show contestant in 2019.

He also knows how suicide can affect a family and went on to draw on his own experiences as he begged viewers to stop the hate messages.

“As someone who has lost a brother to suicide, I find this truly sickening. Have we learnt nothing since the passing of our beloved Caroline Flack?

Dr Alex ended the hard-hitting post with the be kind sentiment, as he said: “THINK before you type. Be kind. Always.”

He captioned the post: “The online events of the last few days has been nothing short of shocking. As youth mental health ambassador I am currently working on an anti-bulling campaign, fair to say recent events have justified its need more than ever.”

The post attracted nearly 150,000 likes with celebs backing the doctor’s sentiments. Former Union J singer, Josh Cuthbert commented on the post: “AMEN TO THIS MATE. You are one of a kind, keep spreading awareness.”

Gemma Collins also showed her support for the post and commented with a simple clapping hands emoji.

Rebecca Vardy also commented on the post, as she said: “Nothing will ever change while social media companies do nothing about it!"

She continued: "It’s easy to hide behind a computer screen to abuse someone they don’t know being completely oblivious and ignorant to the consequences of that hate!

The DOI star ended her comment with: "People need to become accountable for their actions!”