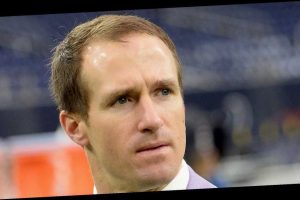 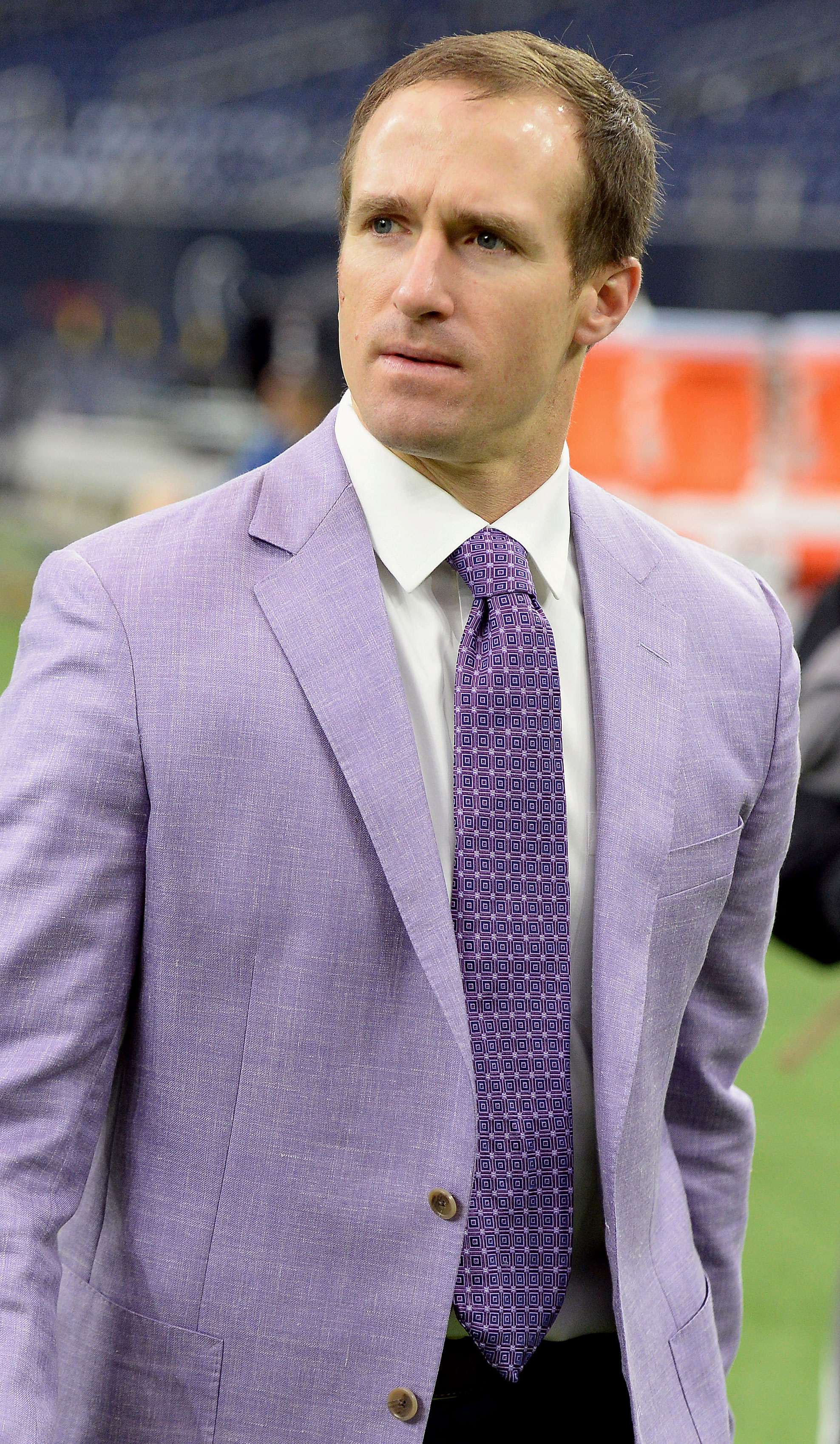 Drew Brees admitted that he doesn’t support kneeling for the national anthem before football games, one day after posting a tribute to Black Lives Matter activists for “Blackout Tuesday.”

The 41-year-old New Orleans Saints player joined Yahoo Finance’s Daniel Roberts on Wednesday, June 3, for a discussion about how the NFL should react to the outrage surrounding the death of George Floyd. Colin Kaepernick was the first athlete to refuse to stand during the anthem to protest racial injustice in 2016, and he left the league a year later after keeping up the polarizing demonstration for an entire season.

“I will never agree with anybody disrespecting the flag of the United States of America or our country,” Brees explained on Wednesday. “Let me just tell you what I see or what I feel when the national anthem is played … I envision my two grandfathers, who fought for this country during World War II, one in the Army and one in the Marine Corps. Both risking their lives to protect our country and to try to make this country and our world a better place.”

The quarterback said that he’s often moved to tears while hearing the anthem play before he takes the field. “I think about all that has been sacrificed, not just by those in the military, but for that matter, those throughout the civil rights movements of the ’60s and all that has been endured by people up until this point,” he added. “I think what you do by standing there and showing respect to the flag with your hand over your heart is show unity. It shows that we are all in this together, we can all do better and that we are all part of the solution.”

Brees posted in support of “Blackout Tuesday” one day earlier to show that he was an ally to minority communities, which some thought contradicted his statement against kneeling for the anthem. In a separate post, he vowed to keep speaking out on issues of equality and “accept the fact that we all have a responsibility to make it better.”

After hearing Brees call the act of kneeling disrespectful, wide receiver Michael Thomas subtly addressed his teammate’s comments. “We don’t care if you don’t agree and whoever else how about that,” Thomas, 27, tweeted. “He don’t know no better.”

LeBron James also chimed in on Wednesday afternoon, noting that he wasn’t completely surprised by Brees’ comments. “WOW MAN!! 🤦🏾‍♂️,” the NBA player, 35, tweeted. “You literally still don’t understand why Kap was kneeling on one knee?? Has absolute nothing to do with the disrespect of 🇺🇸 and our soldiers (men and women) who keep our land free. My father-in-law was one of those men who fought as well for this country.” 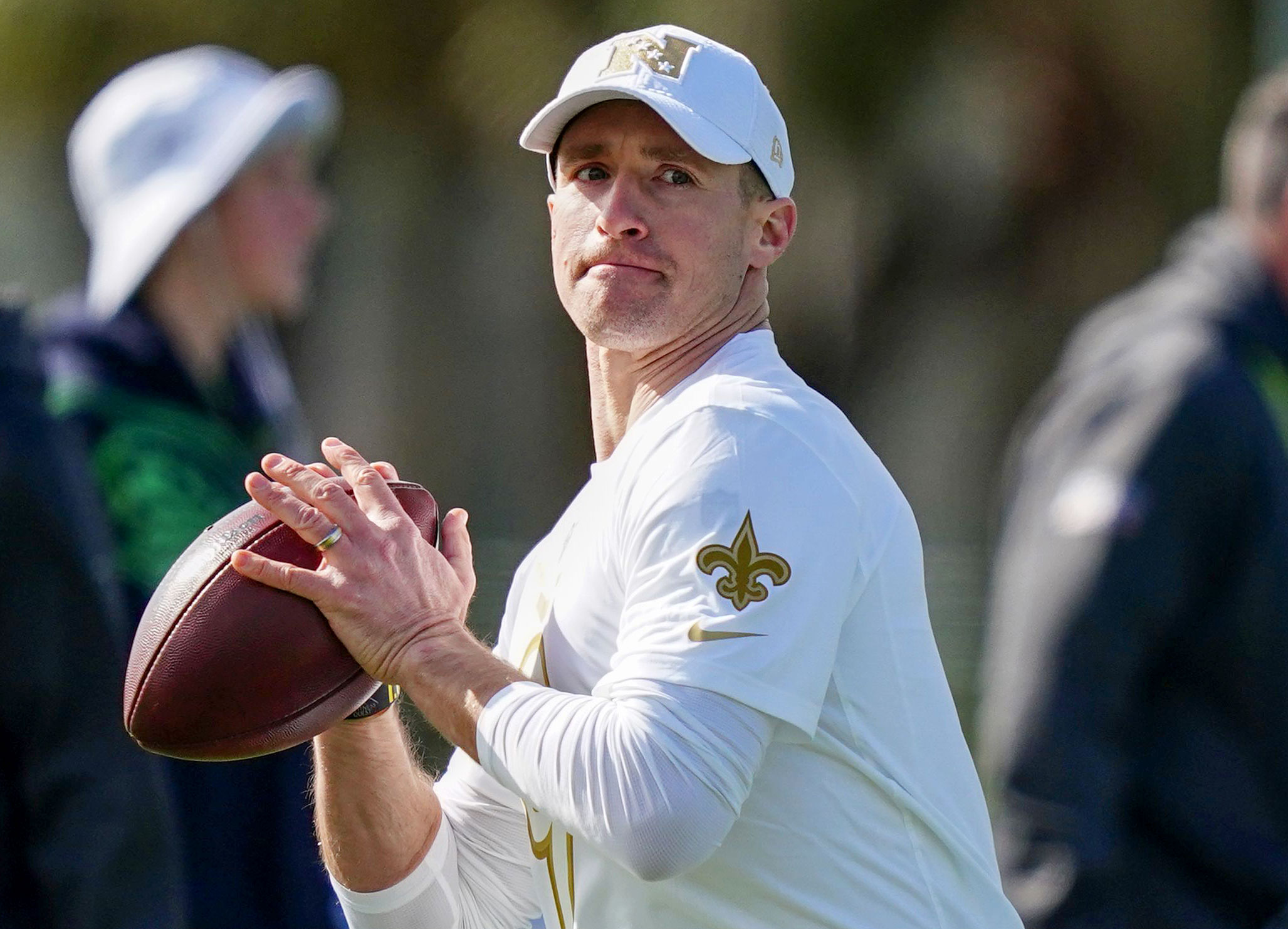 The Los Angeles Lakers star then stated that he had often spoken with his wife’s father about kneeling during the anthem. “He never found Kap peaceful protest offensive because he and I both know what’s right is right and what’s wrong is wrong!” James wrote.

Brees later issued a statement clarifying his thoughts on how to properly protest in the NFL, telling ESPN, “I love and respect my teammates and I stand right there with them in regards to fighting for racial equality and justice. I also stand with my grandfathers who risked their lives for this country and countless other military men and women who do it on a daily basis.”