The Duchess of Sussex covers this week’s issues of Us Weekly and People Magazine. The cover stories don’t really contain breaking news in either case, but they’re still sort of interesting because they’re connected. Us Weekly’s story is about how Meghan wants to change the “royal rules” and even more specifically, change the way royals communicate with the public:

Duchess Meghan has been active in charity work since she’s been in the public eye. And in the new issue of Us Weekly, a source reveals just how serious she is about using her role as a royal to make a difference in the world.

The Duchess of Sussex’s ideas for modernizing the monarchy include revamping the way the royal family interacts with its subjects. “Some of the things Meghan wants to do, specifically when it comes to communication, will break from tradition,” an insider tells Us. “She wants to have a direct voice to have more impact.”

This is so American, by the way. Americans look at the British royal family and we think, “but why can’t they just give an interviews and really talk about all of this piece by piece?” But yes, I believe this – Meghan has clearly been unhappy with the way the Kensington Palace Communications office operates, and that’s one of the big reasons why the Sussexes will be getting their own separate comm office. And clearly, a big part of the Sussexes’ media strategy going forward will be a focus on the American press for favorable and positive coverage. While the British papers were in meltdown mode about Meghan’s New York baby shower last week, the American press was overwhelmingly positive and enthusiastic. So it was People Magazine that got the exclusive this week from Meghan’s good friend Daniel Martin:

Meghan Markle’s baby shower in New York City on Feb. 20 may have seemed like a Hollywood event from the outside, but for those inside, it was an intimate and warm gathering of many of the close friends who have supported Meghan throughout her first year of royal life.

“It was exactly what she needed, and it was a reunion for all of us, too, who hadn’t seen each other since the wedding,” Meghan’s longtime friend and wedding makeup artist Daniel Martin tells PEOPLE. “Snow was falling outside, and it was so cozy — we all sat on couches or on the floor and told stories and caught up. It was like going to a family reunion.”

Adds another attendee: “It was all baby talk. She was getting tons of advice.”

The gathering was a mini-homecoming for the Duchess of Sussex, who doesn’t get to see her friends as often as she’d like since moving to London. And after realizing that baby showers aren’t a popular tradition in the U.K., her friends decided to host one for her in one of her all-time favorite cities.

“She’s American, and New York is the place to do it,” says a palace insider.

And anyone who suggests Meghan should slow down doesn’t know her very well.

As Meghan and Harry eagerly count down the days until they meet their new baby, the friends who celebrated Meghan at her shower can’t wait to be her baby’s extended family. “That baby is going to be loved by all of us,” says Martin.

A not-so-subtle reminder to the British press: you’re not the only game in town. No matter how much the British press believes Meghan is “theirs” to bully, harass and defame, Meghan keeps providing reminders that she’s perfectly willing to use her platform globally. 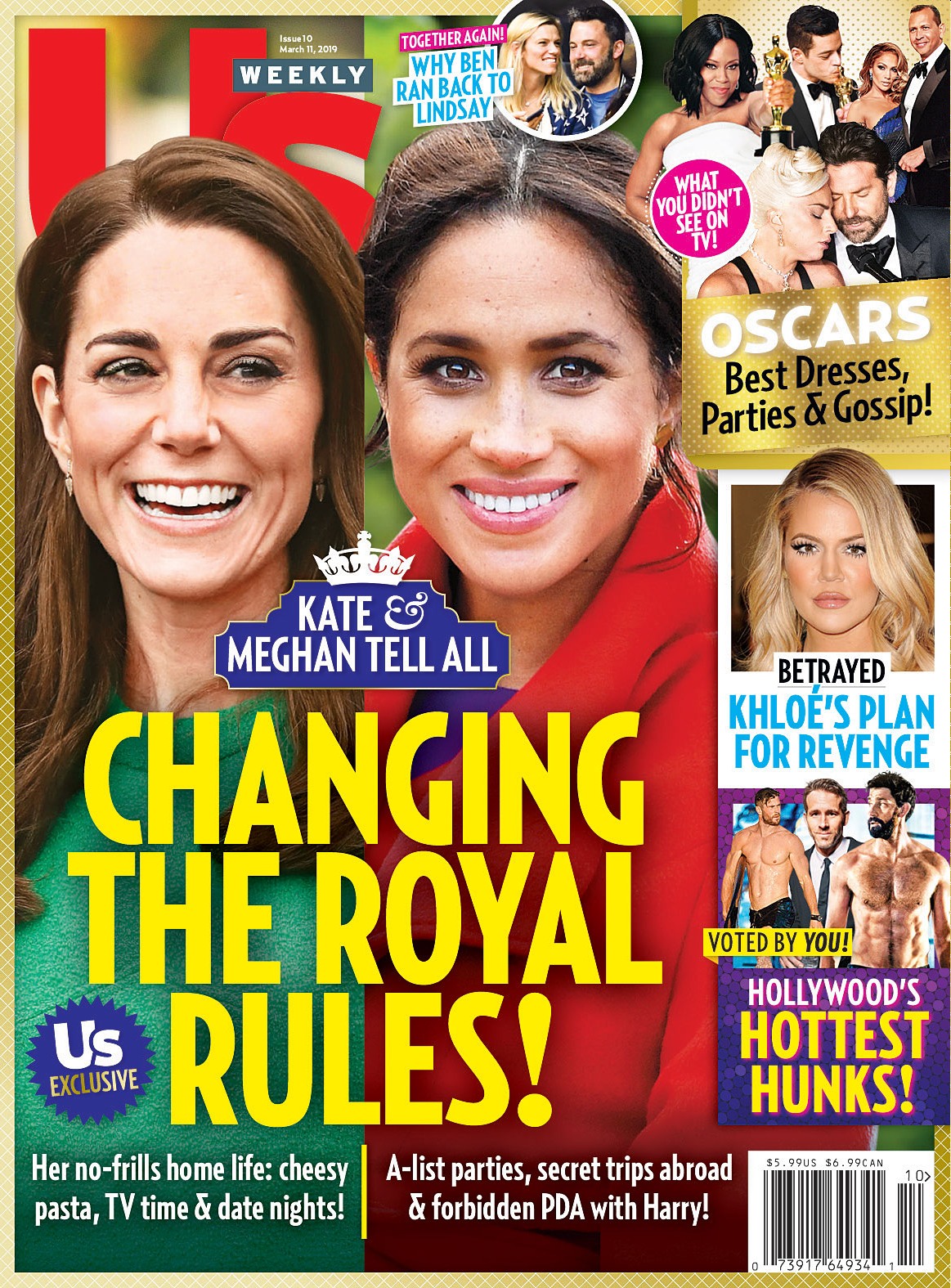 Covers courtesy of Us Weekly and People.