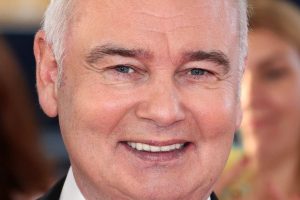 Eamonn Holmes has announced will join GB news as a presenter, moving from his current role at This Morning.

The TV presenter, 62, will join the news channel and host a new programme in the new year, the channel has announced.

Eamonn said: “I’ve spent my career on broadcasting firsts and start-ups, and GB News is one of the most exciting yet.

“It’s just the kind of shake-up the industry needs.”

He added: “I’ve admired GB News from the beginning for its clever mix of punchy debate but delivered with warmth and even some fun.

“To me the greatest honour in journalism is to give a voice and respect to the unheard, and that’s exactly what GB News is all about.”

It comes after sources suggested that Eamonn would be leaving This Morning after 15 years at the ITV programme.

An insider recently told The Mirror: “Eamonn’s move to GB News marks the end of an era.

“He’ll be missed by many ITV viewers but, the truth is, this job offer probably came at just the right moment for both him and ITV. All good things come to an end.”

Stay up to date with all the latest on your favourite stars by signing up to OK!'s daily celebrity newsletter.