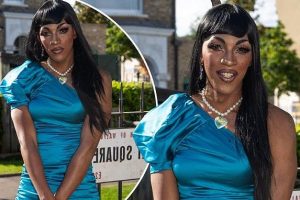 Following a major shake-up of cast members in recent weeks, EastEnders have released images of the first drag queen character to feature on the soap.

The character will be part of a new family who are due to arrive in Walford this summer when the estranged brother of Mitch, played by Roger Griffiths, turns up in Albert Square. 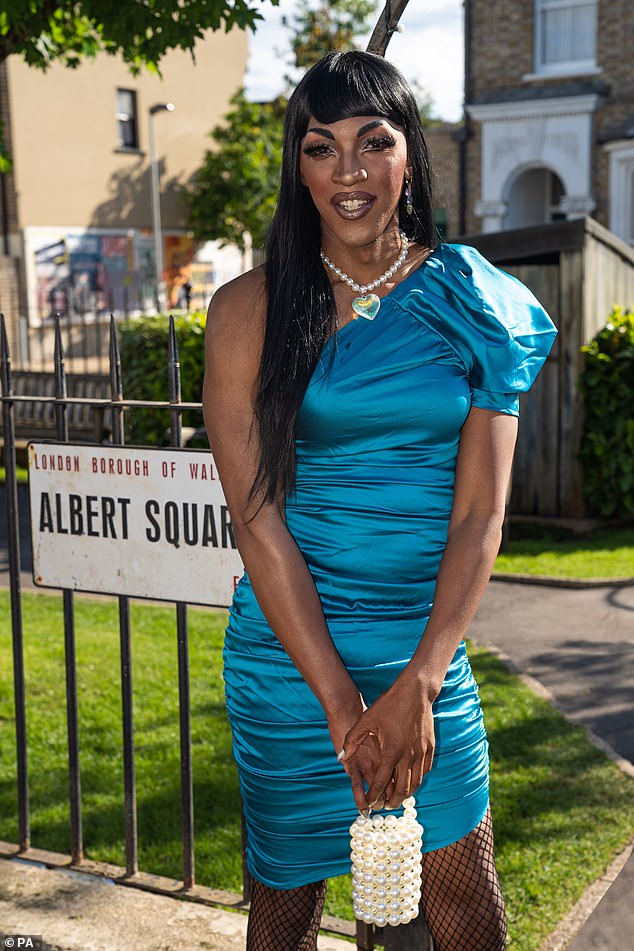 Welcome to Walford! EastEnders have released images of the first drag queen character to feature on the soap played by Matthew Morrison will debut as Felix Bake

The pair were seen arriving at the set for their first day of filming for the soap earlier this month.

In the new first-look pictures, Tara Misu is seen wearing a blue bodycon minidress with fishnets while clasping a handbag in front of Albert Square’s famous road sign. 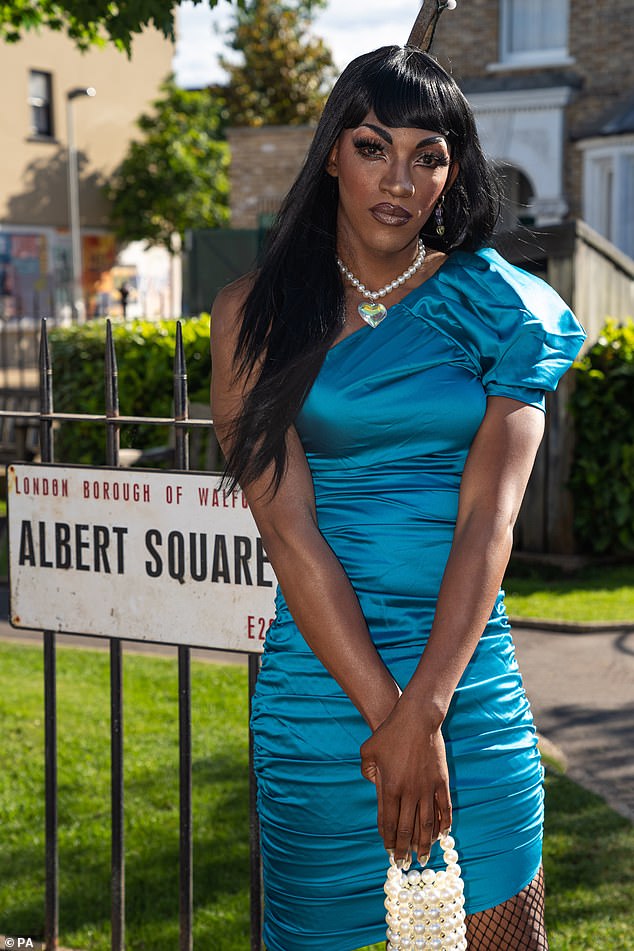 Actor Matthew said: ‘I am blessed to have the opportunity to step into the heels of the fierce Tara Misu as part of my role on EastEnders.

‘It’s a privilege to represent the LGBTQIA+ community and to showcase the creative art of drag to both viewers at home and the residents of Walford.’

EastEnders also shared a video on its social media channels showing Matthew getting tips on his drag transformation from a former RuPaul’s Drag Race UK contestant. 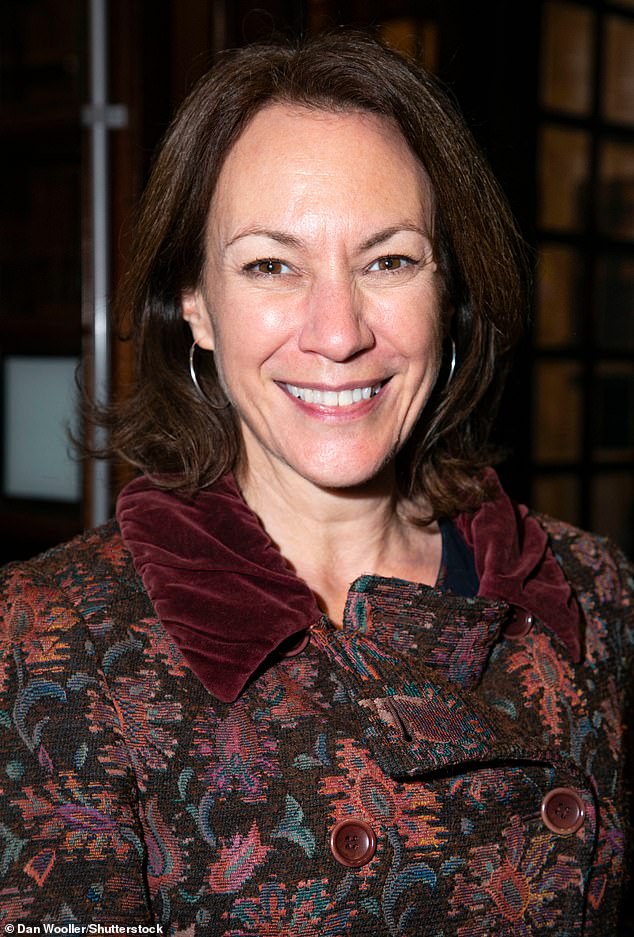 Goodbye: Elsewhere, EastEnders actress Tanya Franks, 54, has reportedly quit the role of Rainie Cross after seven years and will leave the show in shocking scenes

The 54-year-old has appeared in the show on and off since 2007 but most recently returned in 2015, but will apparently leave the show in a storyline that sees her character depart Albert Square with her baby Roland.

Rainie – who is the sister of the established character Tanya Branning – became estranged from her son after his father Stuart Highway abandoned him during his depression battle and left him in the care of surrogate Bernie Taylor (Clair Norris).

But upon growing tired of caring for the tot, Bernie offered Rainie an ultimatum.

She said: ‘I shouldn’t be the only one putting Roland first. You do not get to make him suffer because your marriage is falling apart.

In scenes yet to air on television, Rainie tells Stuart: ‘The most important now is my innocent little boy. Your faces, I’ll be fine.’

According to The Sun, Rainie was then seen climbing into a cab with Roland as she left Walford for good. 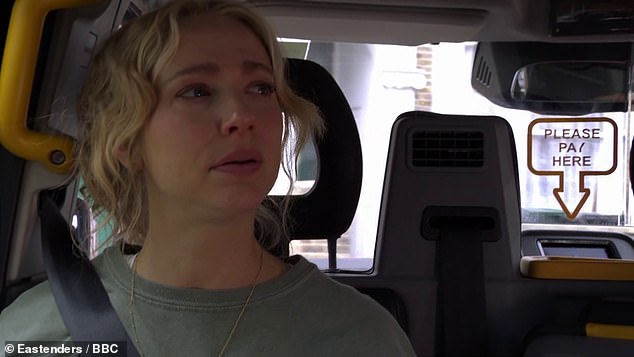 Goodbye: And EastEnder’s fans were left ‘gutted’ on Thursday evening over Nancy Carter’s shock departure as actress Maddy Hill has left the show for good

Stuart Highway (Ricky Champ) is also said to be leaving the series shortly after Rainie’s exit scenes have aired.

The beloved charted moved Manchester after her boyfriend Zack Hudson (James Farrar) cheated on her with Sam Mitchell (Kim Medcalf).

Fans were left ‘gutted’ after actress Maddie left the soap in shock scenes, just a year after reprising her role as Nancy Carter. 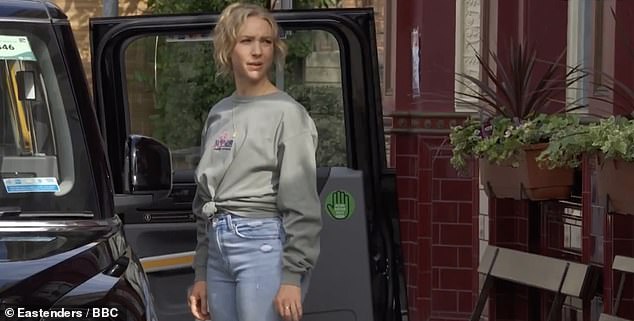 Gone for good: The beloved charted moved Manchester after her boyfriend Zack Hudson (James Farrar) cheated on her with Sam Mitchell (Kim Medcalf)