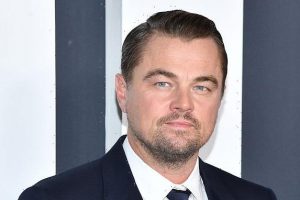 EDEN CONFIDENTIAL: Why did Defra give Leonardo DiCaprio’s ‘rewilding’ charity £116,000 in the space of a month?

As the nation tightens its purse strings in the cost-of-living crisis, cash-strapped taxpayers might be surprised to learn that a multi-millionaire Hollywood star’s charity has been benefiting from their hard-earned money.

I can reveal that charity Re:wild, co-founded by Oscar-winner Leonardo DiCaprio, has been handed more than £116,000 in grants by the UK Government, in the space of just a month.

The cash comes from a Department for Environment, Food & Rural Affairs (Defra) scheme which gives out grants that help to protect biodiversity and the natural environment around the world.

Even though the actor, 47, is worth over £200 million, Re:wild, the conservation group he co-founded last year, has received four lump-sum donations totalling the eyebrow-raising amount. 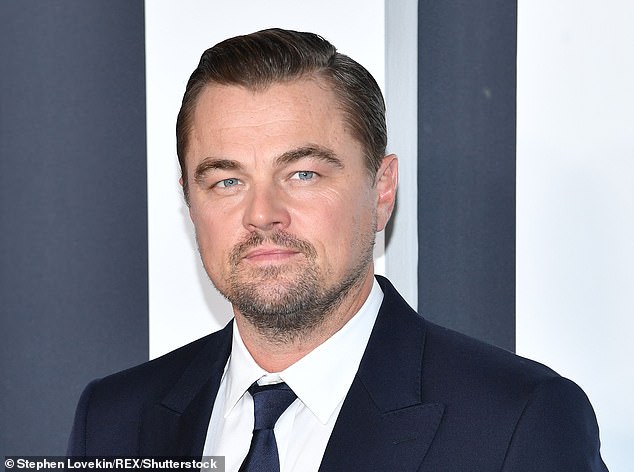 I can reveal that charity Re:wild, co-founded by Oscar-winner Leonardo DiCaprio, has been handed more than £116,000 in grants by the UK Government, in the space of just a month

Earlier this year, Defra granted the charity £28,800 of taxpayers’ cash to lobby for ‘rewilding’.

The money was used to protect a species of dwarf buffalo called the tamaraw in the Philippines.

And this will not be the last set of funds the cause will receive from British taxpayers — as a spokesman for Defra tells me this is an ongoing paying scheme.

‘The payments have been made to Re:wild as part of a three-year grant that they successfully secured,’ they confirm.

Let’s not forget this is the same Leonardo DiCaprio who reportedly spent $2.5 million on champagne for his 38th birthday bash, and flew 8,000 miles in a private jet from Cannes to New York and back again — to accept an environment award.

Her stepdaughter Sienna Miller may prefer to take the advice of others, but top interior designer Kelly Hoppen still has fans in high places.

After taking one look at Kelly’s £12.5 million mansion, singer Boy George ‘fell in love with it’ and he has tasked her with doing up his own gothic-style North London home in the same way.

The Culture Club singer, 61, told Kelly: ‘I want you to redo my house and I want it to look exactly like this.’

Yesterday Sienna, 40, revealed she had chosen her film director friend Gaby Dellal, 61, who apparently has the ‘best taste’ of anyone Sienna has ‘ever met’, to renovate her Buckinghamshire cottage. 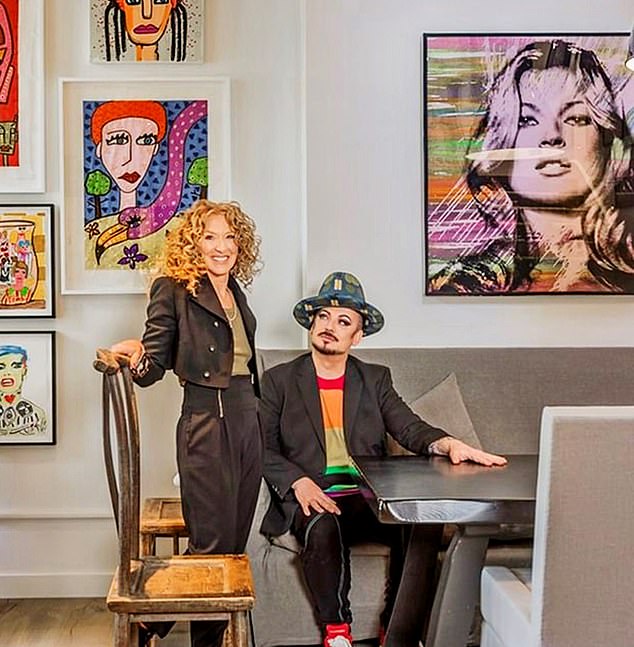 After taking one look at Kelly’s £12.5 million mansion, singer Boy George ‘fell in love with it’ and he has tasked her with doing up his own gothic-style North London home in the same way

CHRISTENED Louis — and with Prince Charles as one of his grandfathers — he was always destined for grandeur.

No, not the third and youngest of Kate and Wills’s offspring but Louis Cunningham, 24, grandson of the late Prince Charles of Luxembourg.

After making his Bridgerton debut as Lord Corning, he is now to star in the eight-part BBC drama Marie Antoinette. His role? Louis XVI, of course.

And I can reveal that Oxford graduate Louis, 24, has another prince lurking in his background — ‘Prince of Darkness’ Peter Mandelson. Years ago, when a neighbour of Louis’s parents, the Labour peer used to babysit for the family. 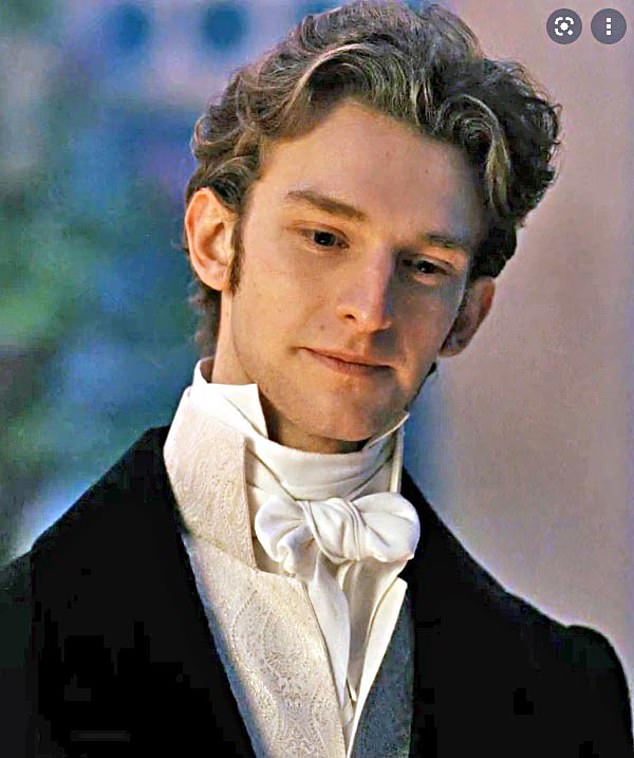 No, not the third and youngest of Kate and Wills’s offspring but Louis Cunningham, 24, grandson of the late Prince Charles of Luxembourg

Previously portly Simon Callow reckons he’s in the best shape of his life — and it’s all thanks to a groundbreaking new diet plan he devised. ‘I’m very fit, fitter than I’ve ever been,’ says the 73-year-old, who needs to be light on his feet as he currently has an all-singing, all-dancing role on the London stage in the musical Anything Goes.

‘I devised a diet all of my own. I began eating half as much as I normally would and ate it twice as slowly. Over four months I lost more than two stone.’ It’s never too late…

Staveley, 49, seemed to ‘kick off’ on her mobile in WHSmith at London’s King’s Cross.

‘It was a complete meltdown,’ says my man hiding behind the Maltesers. ‘She was yelling: ‘Why can’t you do it in 24 hours?’ ‘

Queueing to pay for sweeties, drinks and a Richard Osman novel, she then apparently shouted: ‘Don’t you tell me to calm down!’ — before realising she lacked cash or cards. She was eventually rescued by husband Mehrdad Ghodoussi. 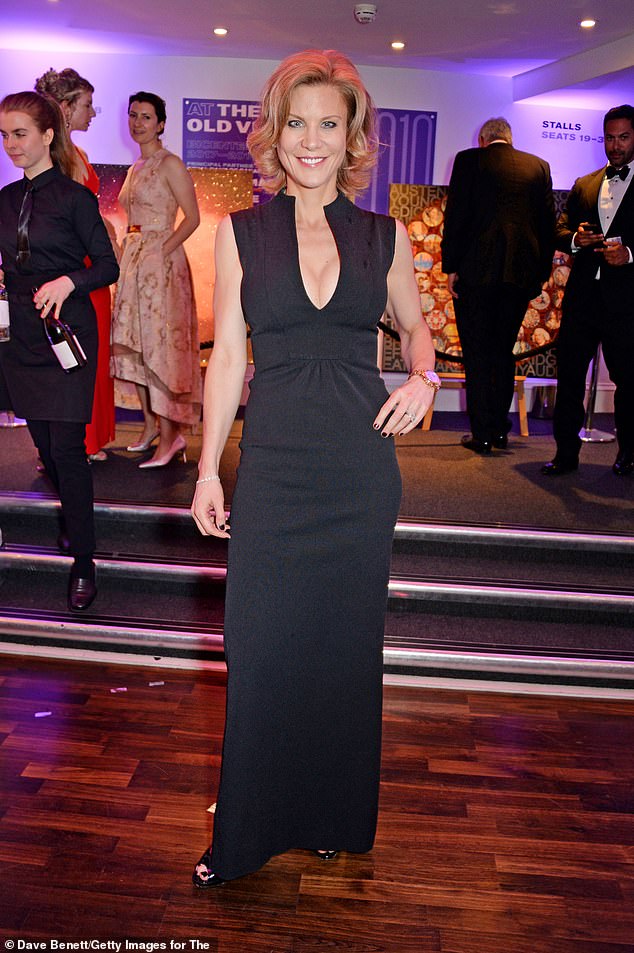 Funnyman John Cleese seemed uncharacteristically carefree as he and his fourth wife celebrated their tenth anniversary on Wednesday.

The 82-year-old Monty Python star was out with Jennifer Wade, 51, at the trendy Mayfair eatery La Loma.

It’s no secret the actor has been unlucky in love previously, having gone through three costly divorces. First married to his former Fawlty Towers co-star Connie Booth, then later to American actress Barbara Trentham, it was his marriage to U.S. radio host Alyce Eichelberger that burned the biggest hole in his pocket.

He called the £600,000 a year he was ordered to pay her ‘completely ridiculous’ at the time, and it led to him embarking on his first live tour to raise funds — which he of course called The Alimony Tour. 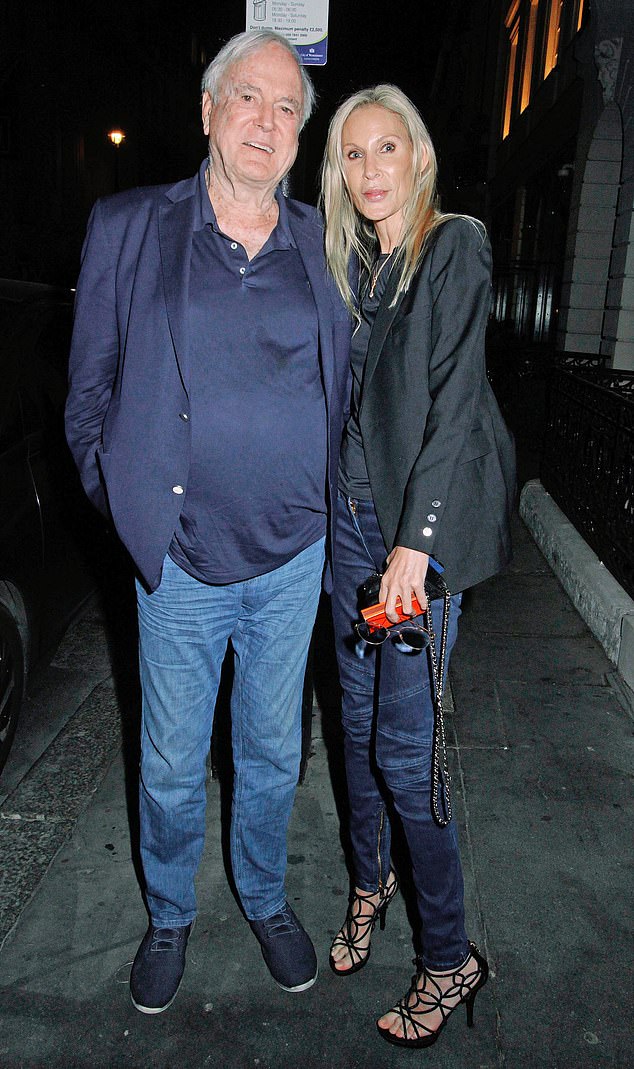 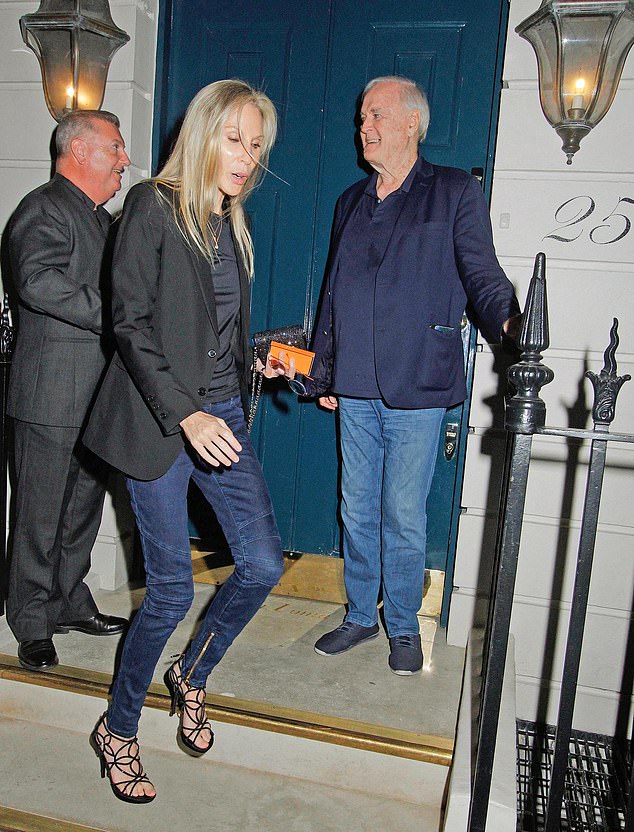 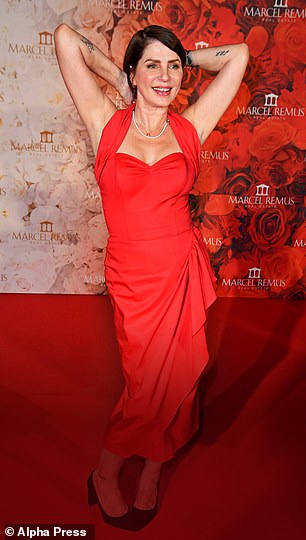 Her surname may be Frost but Sadie showed off her red-hot style at a charity bash in Mallorca.

Wearing a £120 dress by UK designer Vivien of Holloway, the 57-year-old — who is believed to have recently purchased a villa on the Spanish Island — brought a touch of British glamour to proceedings at a swanky do.

‘Whirlwind trip to (island capital) Palma to do a little business,’ she says.

The fundraiser is put on every year by Spanish real estate agent Marcel Remus, and was attended by the likes of Dame Joan Collins in 2021.

I do hope Marcel gave Sadie some top tips on buying Spanish properties.

No stranger to flights of fantasy, Lord Of The Rings director Peter Jackson says he ‘seriously considered’ wiping his mind with hypnosis after working on the franchise for so long. So much so that he even spoke to an expert about doing just that.

‘I did talk to Derren Brown about it and he thought he could do it,’ says the 60-year-old filmmaker, when all Jackson wanted to do after finishing the £2.5 billion grossing adventure trilogy was see ‘a hypnotherapy guy’ who could ‘make me forget about the work I’d done over the last six or seven years’. Thankfully, sense prevailed and the Oscar-winner kept his Hobbit habit.