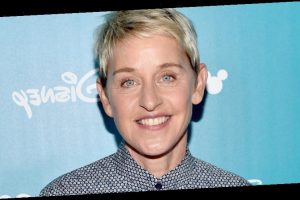 The numbers are in, and Ellen DeGeneres has a smaller audience these days.

The Ellen DeGeneres Show lost more than a million followers since September according to Nielsen ratings, via the New York Times on Monday (March 22).

The show has averaged 1.5 million viewers over the last six months, down from 2.6 million in the same period last year, according to the report.

The news of her viewership comes as Ellen opened the season with an apology following accusations of toxic behavior in the workplace.

“The show’s loss of more than a million viewers translates to a 43 percent decline, representing a steeper drop than any of its competitors. This TV season, Ellen, the winner of dozens of Emmys since its start in 2003, is no longer in the same league as traditional rivals like Dr. Phil (2.5 million) and Live: With Kelly and Ryan (2.7 million). Now it finds itself uncomfortably close to shows hosted by Maury Povich (1.4 million), Kelly Clarkson (1.3 million), Rachael Ray (1.2 million), Tamron Hall (1.1 million) and Jerry Springer’s former security guard Steve Wilkos (1.1 million),” the NYT added.

Find out what she said about those allegations of her behavior when she returned for the show’s new season.

At the same time, Ellen just inked a huge deal with a different channel. Find out what she’s doing!