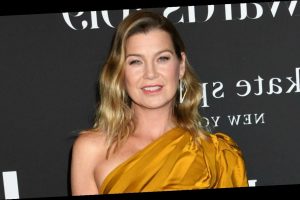 Ellen Pompeo is calling out the Hollywood Foreign Press Association. The 51-year-old Grey’s Anatomy actress took to Twitter on Saturday, one day ahead of the 2021 Golden Globe Awards, to share an open letter addressed to “the members of HFPA  and white Hollywood.”

Pompeo’s letter is in response to a Los Angeles Times investigation that found that of the 87 people that make up the HFPA, the voting body for the Golden Globe Awards, none of them are Black. In a statement, the HFPA said they plan to “immediately work to implement an action plan” in response to the investigation.

“I think we can all agree that the governing body of the Golden Globe awards the Hollywood Foreign Press Association has a membership equity issue that is unacceptable,” Pompeo began. “This is a very solvable problem. This is Hollywood, we are master problem solvers. There is a solution here and I have faith that we can find it.”

“What we can not do is leave this problem up to the Black community and all our communities of color to fix,” her letter read. “This is not their problem, it’s ours.”

Pompeo continued her letter by asking her white colleagues to “pull up, show up and get this issue resolved,” as the industry they love has granted them “enormous privilege.”

“Let’s show our Black colleagues that we care and are willing to do the work to right the wrongs we have created,” she concluded. “Now is not a time to be silent. We have a real action item here let’s get it done.”

In addition to HFPA’s lack of diversity in its voting body, the award show has received criticism for not including any Black-led contenders such as One Night in Miami, Ma Rainey’s Black Bottom, Da 5 Bloods or Judas and the Black Messiah in the Best Picture category.

“We are fully committed to ensuring our membership is reflective of the communities around the world who love film, TV and the artists inspiring and educating them,” the HFPA said in a statement in response to the backlash. “We understand that we need to bring in Black members, as well as members from other underrepresented backgrounds, and we will immediately work to implement an action plan to achieve these goals as soon as possible.”

Pompeo wasn’t the only celebrity to speak out about the HFPA’s diversity problem. Time’s Up tweeted that “a cosmetic fix isn’t enough,” a message that celebrities including Amy Schumer, Alyssa Milano, Jurnee Smollett, Sean Hayes, Amber Tamblyn and more also posted about.

So many crazy things about the @goldenglobes and the Hollywood Foreign press but this is awful. #timesupglobespic.twitter.com/C5PYs5zFRr

The 2021 Golden Globes will air live on Sunday, Feb. 28 at 5 p.m. PT/8 p.m. ET on NBC. Until then, stay tuned to ETonline.com for complete Golden Globes coverage.