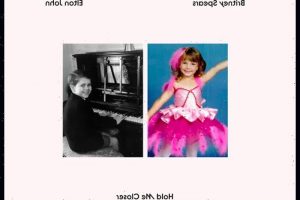 Elton John and Britney Spears‘ “Hold Me Closer” has debuted in the Top 10 of the Billboard Hot 100.

The song combines elements from John’s songs “Tiny Dancer,” “The One”, and “Don’t Go Breaking My Heart”.

The single marks Spears’ first musical release since “Matches” (2020) as well as her return to music after the termination of her conservatorship.

John revealed that his husband David Furnish first suggested that he collaborate with Spears on the song, while also saying he believed the project would boost her confidence after a traumatic time.