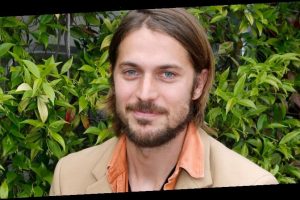 Lucas Bravo is opening up about his sex life.

The 32-year-old Emily in Paris star called into SiriusXM’s The Michelle Collins Show to talk about his hit Netflix show on Friday (October 16).

During the chat, he spoke about France’s relationship with threesomes.

“I’ve never experienced one, but I guess it’s a reality and it’s not even in France. I think it’s everywhere. It depends on connections and the situation, you know, anything can happen sometimes, you know, your life can do a 180 in just one second, one hour and anything’s possible,” he said.

He also talked about toxic masculinity.

“This saying, ‘be a man, be a man.’ You hear that all the time growing up and it’s wrong because you don’t even know what it means…that you need to like avoid being in touch with your sensitive side and your emotions and stuff like that, which is really bad because you swallow all that stuff and then you try to digest it and you’re just miserable most of the time. And you have to be true to yourself. We’re all part woman and part men. And we need to embrace the two of them. It’s like a dance,” he said.

You might be surprised how old Emily is supposed to be in the show!

END_OF_DOCUMENT_TOKEN_TO_BE_REPLACED

END_OF_DOCUMENT_TOKEN_TO_BE_REPLACED
We and our partners use cookies on this site to improve our service, perform analytics, personalize advertising, measure advertising performance, and remember website preferences.Ok